We initially reported that Tyreke Evans was going to announce his college decision at last night's McDonald All-American game. Well, things have changed and the 6'6" guard won't be making the announcement until April 16th- the first day of the Spring signing period. Memphis, Texas and Villanova are the final 3 and T.E. is planning a final visit to the Main Line in the upcoming weeks.

In the Mickey D's game, Tyreke scored 21 and was named the game's MVP. 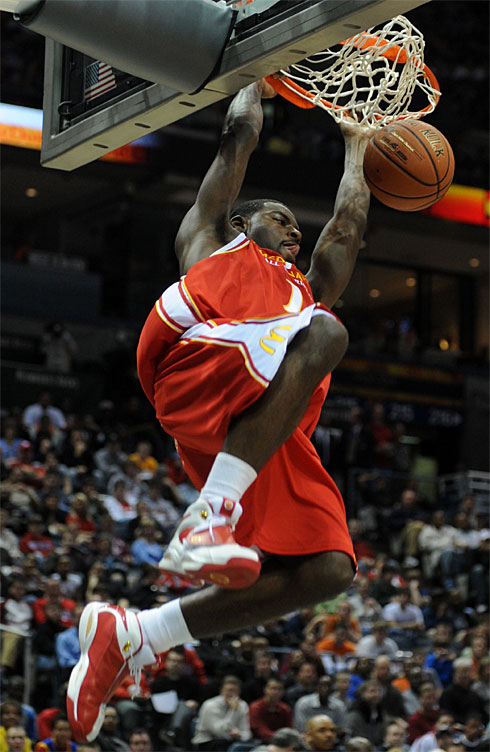