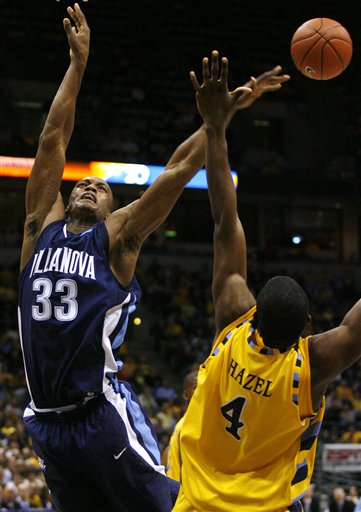 Updated with video highlight at the bottom...

Villanova opened 2009 Big East play with a loss in Milwaukee today against Marquette.

'Nova was led by Corey Fisher for the second consecutive game as he scored 21 off the bench. The Cats only hit 6 of 20 3-Point attempts (30%). Dante Cunningham added 16 points down low and Scottie Reynolds was good for an additional 15.

Stats-wise... asssists, rebounds, and turnovers were within 2 for each squad. However, Villanova was whistled for 10 more fouls which clearly frustrated Jay Wright.