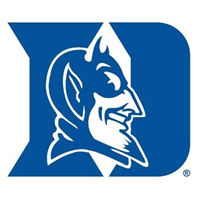 Third seeded Villanova heads north to Boston to take on #2 seed Duke in a Sweet 16 matchup in the East Regional Thursday night.

The Wildcats bring in a 28-7 record to their 4th Regional Semi-Final in five years. The 28 wins tie the mark for most victories in a season with the 2006 squad.

Duke is led by the trio of Gerald Henderson, Kyle Singler, and Jon Scheyer who are all averaging in the 15-17 ppg range. Those three account for 59% of Duke's scoring. Villanova is going to need to key on these 3-Point shooters and not allow the Blue Demons spread the court like they do better than anyone else. In addition, Duke's motion offense has proven very successful for Coach K. If 'Nova can get Duke in a half court game, that bodes well for the Wildcats.

Offensively for 'Nova, the Wildcats need to limit turnovers and keep hold of the ball. Duke can convert those turnovers and can gain momentum- quickly. One of Villanova's keys will be to limit these easy baskets.

Duke's defense disrupts many offenses, it seems that if Jay has the 'Cats using a dribble penetration this can attack the Blue Demons' holes.

Tip off for Villanova’s game against #2 seed Duke will be approximately 9:57p ET from the TD Banknorth Garden in Boston.

The CBS duo of Bill Raftery and Verne Lundquist will be covering the game.