Preparing for the Draft

Share All sharing options for: Preparing for the Draft

As of right now Dante Cunningham and Scottie Reynolds are preparing for the NBA Draft on June 25th.

Dante is one of 52 players from around the world who has been selected to attend the NBA's Pre-Draft Camp in Chicago from May 27-31.

The last day of the Pre-Draft Camp is for medical testing and physical examinations.

In Mock Drafts, Dante is being picked #36 according to NBAdraft.net and #52 by DraftExpress.com. 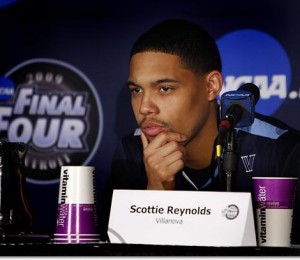 Reynolds has until June 15th to withdraw his name and return to Villanova for his Senior Season.