Share All sharing options for: Jay Wright on Sports Radio 950 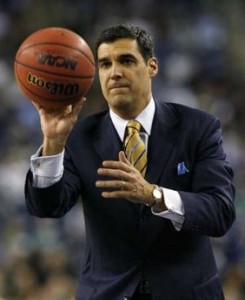 He had some great insight on Villanova, The 76ers, and Scottie Reynolds...