Blazers GM: Dante Will Get Contract

Share All sharing options for: Blazers GM: Dante Will Get Contract 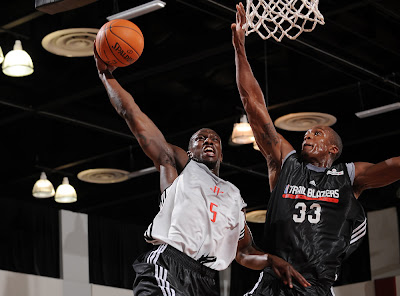 Second Round draft picks in the NBA aren't guaranteed contracts; but it looks like Dante Cunningham's performance in the NBA Summer League has impressed Portland's top brass.

Blazers' GM, Kevin Pritchard noted that Cunningham and fellow 2nd round pick Jeff Pendergraph will " sign contracts before the season starts and give them roster spots."

Check out this article about Dante being a "Second Round Surprise".