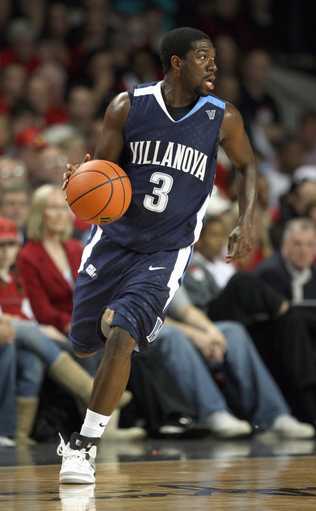 In an interview last week given to Manny Navarro of the Miami Herald, former Nova reserve point guard, Malcolm Grant, explains his decision to leave Villanova after the 2007-2008 season. Navarro writes, "Grant thought he was heading somewhere with the Wildcats. In 29 games, he started four times and averaged 5.6 points and 1.4 assists while shooting a team-leading 46.6 percent from three-point range. He provided a season-high 23 points [in 18 minutes] in a [loss to] Rutgers, and scored 18 points during the final seven minutes of an improbable comeback victory over LSU. Then Coach Jay Wright sat Grant the rest of his freshman season."

"Coach made a decision and his decision was not to play me anymore," said Grant, who was sharing time in a talented backcourt with Scottie Reynolds and Corey Fisher. "He told me `I need you to sacrifice. If you can’t, you have to do what’s best for you. I did. Now, I’m [at Miami]."

Grant appears to be adapting well in Miami. Coach Frank Haith says of Grant, "He might be the loudest guy I’ve ever coached. But I love him. And [Miami fans are] going to love him, too."