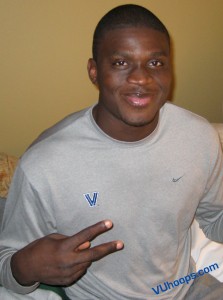 This is the 5th installment of the Meet the New Wildcats, we're going to look at the 3rd member of Jay Wright's 2009 Recruiting Class- Mouphtaou Yarou.

About 19 months ago, an unknown big man from Africa showed up and enrolled at Massanutten Military Academy in Virginia. 14 months ago, he was a virtual unknown and Villanova was on him early. During the early '08 Summer AAU circuit, the stock rose quickly for the Native from Benin in West Africa when he was playing for the DC Blue Devils. Former assistant coach Pat Chambers made Villanova's first contact with Yarou in May.

On August 25th, Mouph committed to Jay Wright and the Villanova Family.

At the same time an announcement was made that he would move to Montrose Christian to refine his skills under the study of legendary coach Stu Vetter.

Following Yarou's verbal, Jay Wright and Pat Chambers flew to Benin to meet Mouph's family. When Jay told Yarou's family that he would take care of Mouph- the parents gave their blessing. Mouphtaou Yarou was a solid Villanovan.

He signed his National Letter of Intent to attend Villanova on November 15th. 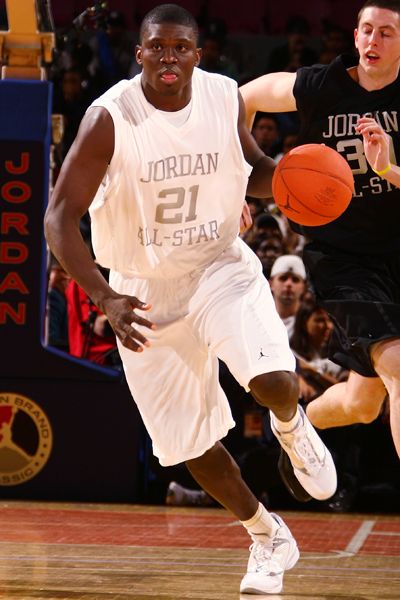 Offensively, recruiting guru Jerry Meyers noted: African post players … don’t have the best hands, and their defense is way ahead of their offense. That’s what makes Mouphtaou unique. He’s not just a rebounder and shot-blocker. He has a surprisingly polished offensive game.

Even though freshman struggle learning Jay Wright's defensive schemes, we think that Mouph will be an instant contributor on the 2009-10 Villanova squad. He may not possess the mid-range jumper that Dante Cunnigham developed which  extends the defense's low post players but he will provide a low-post pressence that will be needed.