Share All sharing options for: Philly Is #2 College Basketball Town 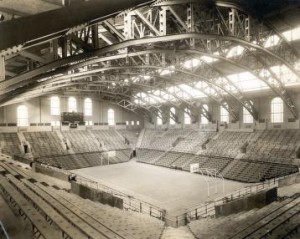 The Big 5, comprised of La Salle, Saint Joseph's, Temple, Pennsylvania and Villanova are all located within a 17 mile radius of each other, and many of the games are played at the historic Palestra located on Penn’s campus.

The Big 5 was formed in 1955 and games were played as double or triple-headers.  As schools began to join conferences, conflicts with scheduling arose and it became more difficult to allow all the schools to play each other. By 1991 the format was non-existent, but eight years later the series was back, much to the delight of the fans. The most notable rivalry within the Big 5 is between St. Joes and Villanova.  Dubbed the Holy War for the schools religious affiliations, the game is sort of an inferior vs. superior match-up.  St. Joseph's is a smaller school who would love to shake the mid-major label, while 'Nova is in the Big East...and frankly a notch high on the academic hierarchy.”