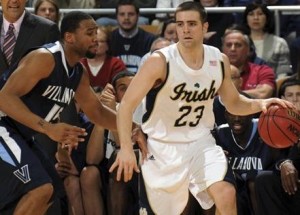 Fittingly, final installment of our month-long series, Wisdom of Crowds Experiment, is a re-vote on Reggie Redding, as requested by VUHoops reader kmac. Our initial vote took place the day after news broke of Reggie’s arrest on marijuana possession charges.

Until that time, many VUHoops readers had been commenting that Reggie might get more minutes next season than any other player given his stellar defense, size, continued growth and ability to play the 1 - 4 positions. After his arrest, VUHoops readers scaled back their thinking, voting that he would see an average of 17 MPG, with almost one-third of the readers believing he would not see the floor at all next season.

Tthe world has since changed, as reported by VUHoops.com on August 14, when Villanova announced its disciplinary ruling against Reggie, saying he would ineligible play in games only until Dec. 18, but will be allowed to continue practicing with the team and attending classes.

So it is time for a re-vote. Remember that MGP is calculated as aggregate minutes played divided by games played. Accordingly, Reggie’s MPG will not be impacted by the games he does not play during his suspension. Use the voting buttons in the right margin of the VUHoops home page to predict the number of minutes you think Reggie will play, and the comment section if you want to explain your thought process. We’ve provided his 2008-09 stats below.