September is Here. So is Football.

Share All sharing options for: September is Here. So is Football. 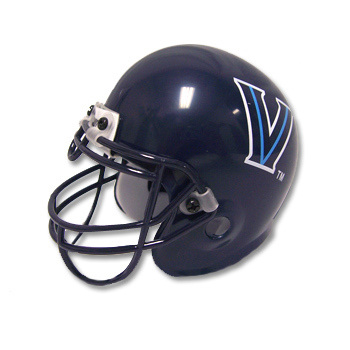 As the calendar turns to September today, many colleges around the country are excited with the approaching Football Season days away.

Villanova Football opens up their 2009 Campaign on Thursday (the 3rd) against Temple at Lincoln Financial Field. Kickoff is slated for 7p in this innaugural Mayor's Cup game and tickets are still available.

The Wildcats lost a heartbreaker to eventual National Champions James Madison in the Quarterfinals of the NCAA Football Championship Series (I-AA) Playoffs to end their 2008 season. A season that 'Nova looks to improve upon this year starting with a conensus Top 10 Preseason ranking.

Returning for his 25th season at the helm is Andy Talley (165-101-1). He'll be looking at his 'Nova squad that is returning 15 starters and 31 letter-winners from last year's squad. This includes 4 Pre-Season All-Americans; linebacker Osayi Osunde and lineman Ben Ijalana were tabbed with First Team honors and defensive end Tim Kukucka & lineman Brian Brannigan made the Third Team. Check out this Philly.com story on Osunde's background.

Get out and support Villanova Football. Tickets are affordable and true, it may not be the same atmosphere as Penn State or Notre Dame, you'll be supporting Villanova Athletics.

Final Fast Football Fact: Villanova is 2-11 against foes from the FBS (I-A); the two wins are against Temple & Rutgers.