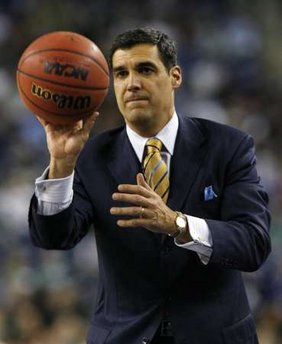 As you saw in Ed's Wisdom of a Crowd finales (part 1, 2, and 3), Jay Wright has a luxury at hand this season that many coaches across the country would love to have; Depth.

Villanova's depth and ability to play 9 or 10 players in a rotation may be one of the keys to a deep run in the 2010 NCAA Tournament. We know that Coach Wright is known to play lineups that match up well against the opponent, but in this upcoming season 'Nova will be the team that causes problems for other squads. There aren't many teams in the country who will be able to show and play as many lineups as Villanova in the 2009-10 season.