Share All sharing options for: Fisher #9 PG; Reynolds #7 SG According to Sporting News 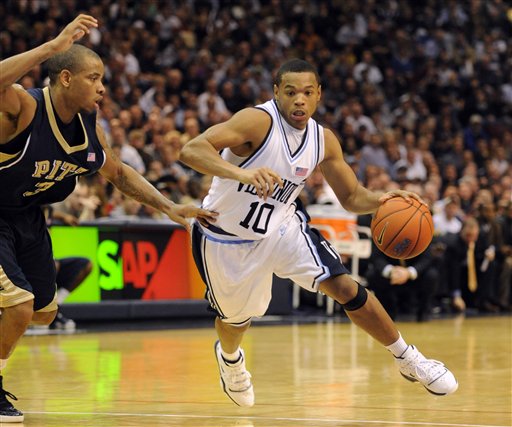 Updated 9/22, 12 Noon. A basketball sports writer once wrote that when there is nothing to write about, make up a top-10 list. So in September, another day brings another list. Mike DeCourcy of Sporting News has published his lists of the ten best point guards and ten best shooting guards in the 2009-10 season. Corey Fisher makes the list as the #9 point guard, with the following commentary "Fisher should increase his 24.3-minute average." Profound, huh? At least he agrees with the collective wisdom of the VUHoops crowd, which predicted that Fisher-Price’s MPG would jump to 28.5 next season. Scottie Reynolds makes DeCourcy's list as 7th best shooting guard, with the commentary "[Reynolds] is on pace to challenge the 2,200-point mark, another subject discussed at length on this site (our conclusion was he will not break the record).

Here are the two lists in their entirety: