Share All sharing options for: Gilchrist Visits Nova On Saturday 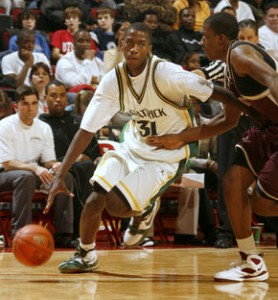 VUHoops reported on Tuesday that Michael Gilchrist, the nation’s #1 prospect from the Class of 2011, would be making an unofficial visit to Villanova over the next two weeks. This morning, the Philadelphia Inquirer confirms that he will visit on Saturday.

Gilchrist, who has made made an unofficial visit to Michigan last weekend, plans unofficial visits to Kentucky, Connecticut, Oregon, and Louisiana State over the next several weeks. Gilchrist insists that he hasn’t made a decision and wants to be recruited by other colleges.