More to Life: Cats To Play Before Homecoming Crowd at New Hampshire

Share All sharing options for: More to Life: Cats To Play Before Homecoming Crowd at New Hampshire 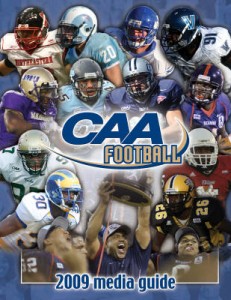 The gridiron Cats face their toughest challenge this season, venturing outside the friendly confines of Pennsylvania for the first time to take on New Hampshire at Noon today. The clash features two of the last eight unbeaten teams in Division I FCS, both of which advanced to last year's national quarterfinals A Homecoming Weekend crowd of 12,000-plus is expected to squeeze into the 6500-seat Cowell Stadium.

ESPN Radio (950-AM) will broadcast the game. Villanova is undefeated (5-0 overall, 2-0 CAA) and 2nd ranked nationally in the FCS. According to the Philadelphia Inquirer, the Wildcats are tied for seventh in scoring defense, holding opponents to 14 points per game. New Hampshire, also undefeated (4-0, 1-0), is ranked #5 in the FCS. According to the Inquirer, NH is ranked first in total defense and pass-efficiency defense. They are tied for first in interceptions and turnovers gained and for fifth in both scoring defense and pass defense.