Villanova Gets 27 from Scottie in Win over Kutztown

Share All sharing options for: Villanova Gets 27 from Scottie in Win over Kutztown 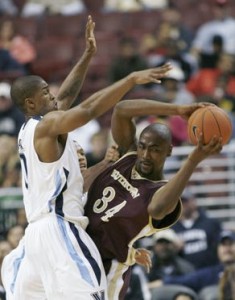 In what appeared to be a game lacking "defensive discipline" for Villanova according to Jay Wright, 5 wildcats scored in double digits. Corey Fisher added 18 points and 5 assists on the night. Taylor King came off the bench to go 4-4 from behind the arc and netting 17 points in 21 minutes. Corey Stokes went 3-4 from 3-point land and added 13 points.

Villanova's regular season starts next Friday, as the Wildcats host Fairleigh Dickinson at The Pavilion.