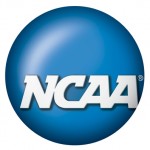 Villanova has an overall graduation rate of 96 percent in the study, including all men's and women's programs. That rate is the highest for the Philadelphia schools, with La Salle coming in second (90 percent); St. Joe's third (86 percent), Drexel in fourth (82 percent) and Temple last (70 percent). The University of Pennsylvania did not participate in the study.

The overall student-athlete graduation rate for the NCAA is 79 percent. In men's basketball, Drexel has a rate of 73 percent and St. Joe's is 64 percent La Salle at 56% and Temple at 43% are below the NCAA average of 64 percent.

The Wildcats are above the overall NCAA rate in every sport except for Women's Field Hockey and Women's Lacrosse, both of which are at 80%. Every other sport at the school registered a graduation rate of 92% of above.

Congratulations to the Villanova athletics department and coaches on doing a tremendous job of keeping the "student" in "student-athlete," while maintaining a high level of competition across the board.