Mouph Yarou has Hepatitis B

Share All sharing options for: Mouph Yarou has Hepatitis B 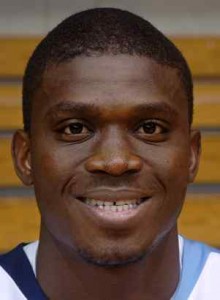 A Villanova official has confirmed that Villanova freshman forward Mouphtaou Yarou (Natitingou, Benin/Montrose Christian School) has tested positive for the Hepatitis B virus. Yarou is being treated under the supervision of team physician Dr. Frank Furman. There is presently no timetable for his return to game action.

"We are disappointed for Mouph," stated Villanova head coach Jay Wright. "We know that he is receiving great care from Dr. Furman and some of the best specialists in this field. Mouph’s health is our foremost concern."

“We realize it’s very serious,” Villanova coach Jay Wright told the Inquirer. “He’s definitely out of the Drexel game [tomorrow night], but we realize he could be out for the season.”

[9p ET] Dana O'Neil updates us with the fact this was discovered before the season during routine bloodwork, and was re-tested twice to confirm the diagnosis.

Yarou, a Top 10 recruit, started Villanova’s first two games this season, averaging 5 points and 4 rebounds in wins over Fairleigh Dickinson and Penn. He did not appear in any of Villanova’s three games at the O’Reilly Auto Parts Puerto Rico Tip-Off after he returned to Philadelphia for testing.