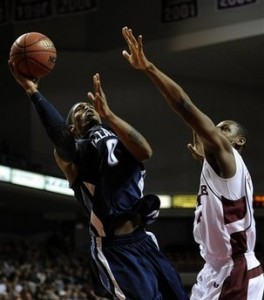 No one thought that Villanova would run the table to an undefeated season, but the first loss always stings. Temple used effective 3-Point shooting led by Juan Fernandez to down the Wildcats, 75-65. The Argentinian sniper shot 7-9 from behind the arc and Temple was 11-22 as a team.

Antonio Pena added 16 for Villanova and Corey Fisher was good for 14 as 'Nova was out-rebounded 24-32 by the Owls.

The good news is that Senior Guard Reggie Redding will make his return to the team in Villanova's next game against Fordham next weekend.