Checking In On Our 2010 Recruits

Share All sharing options for: Checking In On Our 2010 Recruits 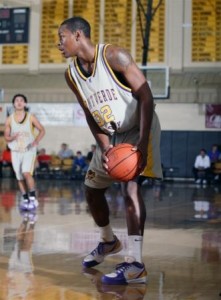 Rivals reports that Villanova's 2010 commits, made up of four-star prospects Jayvaughn Pinkston and James Bell and three-star prospect Markus Kennedy, ranks 26 in the country. "Add Cory Joseph, the No. 7 ranked prospect in the Rivals 150, and Villanova would move up to at least No. 7, ahead of Duke in the rankings."

MaxPrep reports that "Montverde Academy (Montverde, Fla.) has a duo to be reckoned with in James Bell and Jamail Jones. Bell busted out for a game-high 23 points and Jones had 12 points and 10 rebounds in a 62-47 win over Westchester (Los Angeles, Calif.). In the pair of big wings’ opening-game win Saturday, it was Jones with a large 32 points while Bell had 13."

Jayvaughn Pinkston was named New York Post Athelete of the Week and Preseason Player of the Year.   Dylan Butler of The Post reports that Pinkston was named to the all-tournament team of the A-Rod Basketball Classic in Miami.  He scored 26 points, grabbed nine rebounds and had four blocks, sparking Bishop Loughlin to a 75-72 overtime win against PSAL power Thomas Jefferson.  Pinkston is rated the seventh-best power forward in the class of 2010 by Scout.com, which described him as: "Charles Barkley meets DeJuan Blair." "The kid is a beast," said Norm Eavenson, a recruiting analyst for Bob Gibbons All-Star Report. "He plays with energy and passion. Has great hands and finishes. An excellent second-effort guy.   Has worked very hard to become a good three-point shooter and take his game away from the basket, once he realized he probably wasn't going to grow.   According to SNY.tv, New York-based recruiting guru Tom Konchalski called Pinkston a Jamal Mashburn clone. 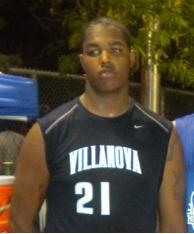 There’s not much in the news about 2010 commit 6-9 Markus Kennedy, the Philadelphia native who is spending his senior year at The Winchendon School in Massachusetts.  VUHoops ran a feature on Markus in November, saying that Kennedy is working on his quickness to be better equipped to play Nova’s uptempo game next year. Coach Wright recently noted, “Markus is a Philly guy and he brings us interior size and toughness.” Wright added, “One of the things we came to appreciate about Markus is his understanding of the game. We believe Markus can be an outstanding rebounder at this level and a skilled offensive player in the post.” 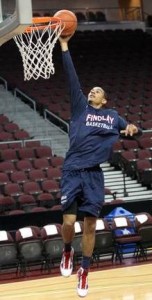 Cory Joseph, the nation's No. 6 point guard prospect according to ESPN, remains undecided between Connecticut, Minnesota (where Joseph's brother, sophomore guard Devoe, plays), Texas, UNLV and Villanova.  On December 17, Joseph and Findlay Prep didn't have any answers for Northland High (Columbus, Ohio) star forward Jared Sullinger in a 53-52 defeat that snapped Findlay's 45-game winning streak. Joseph, who was limited to two points in the first half on 1-of-6 shooting, finished with 10 points. Findlay bounced back two days later at the 37th Annual City of Palms Classic.  Joseph had a game-high 27 points, leading the Pilots to an 86-75 victory against #16 ranked Winter Park (Fla.).  Joseph outplayed Florida commit, Austin Rivers, son of Boston Celtics coach Doc Rivers, in a battle of the nation's top point guard prospects. Rivers had 22 points, but only seven in the second half with Joseph playing suffocating defense.  Minnesota coach Tubby Smith was all smiles while attending Saturday's game.