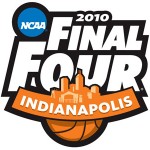 Based on this week's various "Bracketology" predictions, if the season were to end today (how MOST predictions are done), Villanova would be a 2-seed in the East region (Syracuse), playing a first round game in Providence, RI against Vermont. Bracketology is a speculative "science" that aims to predict the the NCAA Tournament field as well as the seedings and match-ups.

Is it possible to get it "right" this early in the season? The conference schedules just started, and while we have quite a few games under our belt at this point, we still don't know whether Syracuse will still have an RPI advantage over Villanova come March, or even have an idea who will win the Big East conference. Kentucky and Texas could both pick up bad losses to drop them off the top.

As it stands, however, this is where the Wildcats are being projected by a selection of the bracketologists out there:

Lunardi/ESPN: Has Villanova as a 2-seed in the East region, facing Vermont in Providence.

Palm/CBSSports.com: Has Villanova as a 2-seed in the East region, facing Morgan State in New Orleans.

CBS is bearish about the chances of a second bid for either CUSA or the Pac-10. The Pac-10 has been notably bad this year, but either has a chance at a second bid if the the regular season champion doesn't win the conference tournament. It's a classic mid-major scenario, which is something the Pac-10 probably isn't used to.

Hayes/RushTheCourt: Has Villanova as a 2-seed in the East region, facing Vermont (but doesn't predict first-round sites)

RushTheCourt explains up front that the decision on the last 1-seed came down to Villanova and Syracuse. Syracuse has a higher RPI/SOS at this point, so they gave the nod to the Orange. We can go ahead and assume that this is the reasoning used by all of the bracketologists.

This bracketologist gave two bids to the Pac-10, with Washington being in the first eight left out (so there is hope for the Pac-10 to get three in). They predict ASU to win the conference and Cal to get in at-large on strength of schedule.

Bracketville/MSNBC: Has Villanova as a 2-seed in the Midwest region, facing Vermont in Providence.

This is the only bracketologist that hasn't moved Kentucky up to at least the second-highest seed. In fact, they moved UK down, to be the lowest seed. They also have Michigan State ahead of Villanova on the S-curve, to match up with Kentucky as the lowest 1-seed. The decision to place Villanova in the Midwest region appears to be based on the seeding. Since Syracuse is in the Big East, we were instead paired with the second-ranked 1-seed, Kansas.

Bracketology 101: Has Villanova as a 2-seed in the East region, facing Vermont in Providence.

This is the only place I've seen the Big East get less than eight bids. It's certainly the only one that gives the most bids to the ACC this year.

The Hoops Report: Has Villanova as a 2-seed in the West region, facing Vermont (but doesn't predict first-round sites).

*Note: Under no circumstances can Syracuse be placed in the East region because the Carrier Dome is their home court.

It is a very real possibility for Villanova to overtake Syracuse for a #1 seed. Winning the Big East would surely lock that up. It's unlikely, however, that this team will be seeded much lower. A 2-seed is a pretty good place to be.

Remember that, at least since the Tournament took on it's current format, Villanova has been to the Final Four twice as a 3-seed last year and as an 8-seed in 1985, while the sole appearance as a 1-seed ended in an Elite 8 loss to 3-seed Florida. Does seeding really matter then? Only once in the history of the NCAA tournament have all of the top seeds advanced to the Final Four (2008).

Being in the bracket, and perhaps with favorable match-ups, is all that ultimately matters. The number next to the name is more a badge of honor than a prediction of the future.

Update 1/20: CollegeHoops.net/Siegel has Villanova as a 1-seed but doesn't predict regions or matchups. The matchup would probably be Lafayette based on a strict S-curve. This bracketologist dropped Texas to a 2-seed to move Villanova up. (thanks to commenter mike nardi for pointing this out)