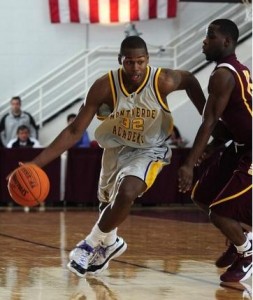 The Martin Luther King Holiday Weekend is usually a big time for High School Basketball games and this past weekend was no exception.

James Bell and his Montverde Academy team went to Dayton, OH's Flyin to the Hoop. He had 14 points against a local Trotwood team. He also added 22 points on 7-14 shooting against Wayne

The Big Apple Classic was the host of Villanova's three other commitments.

Junior Achraf Yacoubou had 19 points and 13 rebounds as his Long Island Lutheran team took on Forest Hills yesterday. He scored 12 points on Sunday against Boy & Girls.