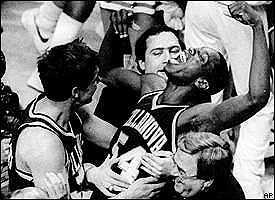 Villanova will be one of the stars of the Philadelphia Sports Writers' Association’s 106th Annual Awards Dinner on Monday night, Feb. 1. The event will be held at the Crowne Plaza hotel on Route 70 in Cherry Hill, just minutes from all Philadelphia bridges. The PSWA awards dinner is open to the public. Tickets are still available ($75).

Other award winners will include: