Glancing at the Crystal Ball: What's next?

Share All sharing options for: Glancing at the Crystal Ball: What's next? 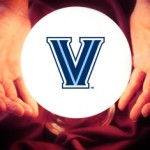 Last year's heroes Scottie Reynolds and Reggie Redding have used up what was left of their eligibility at Villanova and the 2009-2010 season has come to a close. Without a repeat of last year's tournament performance, it became apparent how important Dante Cunningham, Dwayne Anderson and Shane "Shiz" Clark were to Villanova's run to Detroit. Nova Nation was left with a bad taste in its mouth after a February collapse carried into March and now it is time to ponder what the future holds for our Main Line hoopers.

While it seemed likely at the beginning of the season that Corey Fisher might have been set up to turn pro this summer (and don't be shocked if he tests the waters anyway), he will most likely return to run the point again next year. That means that the 'Cats once again return most of the roster for next year, which is always a good thing.

Replacing Scottie Reynolds' points won't be easy, but it will be a hell of a lot easier than replacing Randy Foye, Allan Ray and Kyle Lowry was. When Scottie Reynolds was a freshman, that was what he was charged with, he did a good job of it, but the Villanova offense still dropped off from 11th in the country (according to Ken Pomeroy) in 2006 to 36th the year after. In 2008, with the further departure of Mike Nardi and Will Sheridan, the offense fell to 61st and then climbed back up to 22nd last year when Dante Cunningham announced to the world that he too could hit a jump shot. This season the 'Cats were 14th in offensive efficiency and 64th defensively.

It's possible that the offensive power of Jay Wright's program may dip again next year, but I'm not convinced that will be the case. Furthermore, man-defense improves over time, and with the freshmen having a year of experience under their belts, we can definitely hope for a defensive improvement next season.

Barring the addition of Corey Joseph or another late-signee, Villanova will add a trio of frontcourt players (the 6'4" James Bell currently plays Small Forward, but may be more of a 2-guard in college). Markus Kennedy adds a 6'9" post-presence, while JayVaughn Pinkston, though only 6'6", may be the most talented big man in the New York metro area. An inch shorter than Isaiah Armwood, Pinkston has more bulk on his frame, weighing in around 15 pounds heavier than Zeke.

Who knows the impact that those freshmen will ultimately have. How many minutes will they play? Will any of them redshirt for a year? It may be better to talk about the known quantities at this point.

The 2010-2011 'Cats will return a backcourt rotation of Corey Fisher, Corey Stokes, Malik Wayns and Dominic Cheek and a frontcourt of Mouph Yarou, Antonio Pena, Maurice Sutton, Taylor King and Isaiah Armwood. It will be the second year in the Villanova system for all of those players except for Pena.

You can probably expect a lineup that features Yarou playing significant minutes at Center while Pena will be one of the top options at the 4. If Armwood adds some bulk it is conceivable that he could challenge Pena for time however. King will be an option at small forward, where Coach Wright may also opt to play a third guard.

The frontcourt players will all have more defined roles next year. Scottie Reynolds is a combo-guard who played some point as well as playing off the ball for notable stretches. Fisher and Wayns are more prototypical point guards, however, who have shown a good handle on the ball and an ability to distribute.

There is no doubt that Jay Wright's program is populated with a great deal of talent. There should also be no doubt that the development of this year's freshmen will be further advanced by this time next year (and it appeared that Yarou was beginning to gain comfort with his role by the end of this season).

One of the more obvious differences between Villanova basketball in 2010 versus the 2009 edition was the level of intensity and desire to win exhibited by the players. By the beginning of March, it appeared that many of the regulars weren't playing with the same intensity that we saw in the "Killanova" days. A bright spot, however, was that it seemed that some of the younger players (who were limited in their roles this year) possessed those characteristics.

Talent and desire to win are a dangerous combination, and one that we can surely look forward to as those young players earn more and more minutes. As Jay Wright said, "It was a successful season because we got there and the young guys learned what it’s all about.”

As for next year: it may be too early to predict how far the team will go, but with this level of talent it wouldn't be a stretch to think that the 'Cats will continue to be among the best programs in the Big East conference.

Don't forget! VUhoops is running a Blogathon for the Randy Foye Foundation, which you should absolutely check out.