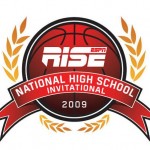 New Jersey, right in Villanova's backyard, is apparently a hotbed for a new type of "high school," the post-graduate academy. This isn't like the postgrad program that Markus Kennedy will be participating in next year, where he will be taking a full schedule of classes at his school. These academies are entirely non-academic.

Recently, Ocean Academy in New Jersey, was the subject of a police investigation over their housing arrangements for 30 basketball players in a single-story rental house. Ocean Academy doesn't offer classes, other than an optional SAT prep course that costs players extra. What they do offer, for about $400 per month, is an opportunity to play basketball and be seen by college coaches.

The price may sound steep, but compared to the cost of tuition at programs like Winchendon, it is a bargain.

Other notable academies in New Jersey include Each One Teach One Academy in Point Pleasant Beach and Apex Academy in Cherry Hill. Apex was the program that prepared the Morris twins to attend Kansas and previously was Villanova recruit Markus Kennedy's stomping grounds during the year between him leaving St. Patricks and his current stint at Winchendon.

Whereas players who didn't qualify for college scholarships academically or just weren't offered one used to go to a Junior College and hope to make it to division one as a transfer student in the past, now these academies are forming a new gray area in college recruiting.

Not all of them are post-graduate institutions. Some, like Findlay Prep in Nevada, are elite high school basketball teams, playing national schedules while their players attend classes elsewhere in their spare time. Findlay recently ran into trouble when their partner school closed down, leaving the promoters of that program scrambling to find another high school that can provide the classes needed to get their kids into colleges.

These basketball programs recruit kids from all over the country and from foreign countries as well. Many of the programs are lead by notable AAU coaches who recruit players during the summer travel basketball circuits.

Academies are schools without classes or teachers. They're basketball teams that are occasionally partnered with private prep schools to offer high school educations, but often offer little more than an SAT prep class.

Some people call these programs "fake." The scholarships given to their alumni, however, are very real. College coaches are universally willing to recruit players from those non-academic programs (perhaps more so than JuCo players these days).

The goal of some of these programs is unclear. The owner of Ocean Academy claims that his coaches are mostly volunteers and that the program makes no money, while Findlay Prep is owned by Meritas LLC, a firm backed by private equity firm and which is presumably intended to turn a profit some day.

It appears that for the most part, the NCAA has not uncovered any academic deficit within these programs, and since the players all maintain their amateur status there are rarely issues clearing these players to play college ball. That's one of the reasons why college coaches are watching -- these academies are designed to get players into top divison 1 programs -- and that means ensuring that they meet minimum academic qualifications as well.

Villanova recruits academy players just like every other school. Should Coach Wright back off these kids who have been groomed like professionals from a young age? Should we question these players commitment to being "scholar athletes"? Regardless of your opinion, it doesn't seem that the increasing professionalization of youth sports can be stopped.