The Week In Review (Week of June 6)

Share All sharing options for: The Week In Review (Week of June 6) 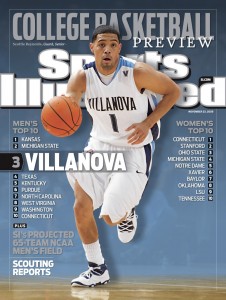 Philly.com reports that Scottie Reynolds attended an NBA predraft workout session Thursday hosted by the New Jersey Nets, and "showed his skills in a combine-like format that included drills, plus one-on-one and three-on-three play. "Just the energy, the competition, the way people are competing, that's what you enjoy," the 6-foot-2 Reynolds said of the workout. You go the first time and you see guys like Larry Bird and Danny Ainge, and it sets you back a little bit." Reynolds is headed to Detroit on Thursday to work out for the Pistons. "But, when you step between the lines, you can't worry about missing shots or taking shots. I think you just want an opportunity," said Reynolds, who spoke about how his conversations with 'Nova coach Jay Wright have helped him keep his head "kind of clear about everything." Greg Polinsky, the Nets Director of Player Personnel, singled out Scottie Reynolds and Luke Harangody for their strong play. About Scottie he said, "Reynolds I think did a really good job against Edwin Jackson, who we were glad to see here," Polinsky said. "I thought both those guys went at it pretty good, it was a good match up." Click the link to hear Polinsky’s full interview followed by an interview of Scottie. 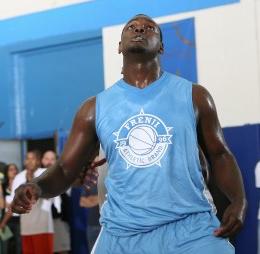 With a hat-tip to VUHoops reader, CJ, Zagsblog reports that Villanova-bound JayVaughn Pinkston “will become the first member of his family to graduate from high school. On Sunday, he will head to summer school at Villanova.  Sounding older and wiser, Pinkston admitted to being immature early in his career and having to dig himself out of an academic hole by going to summer school last year.  Pinkston currently weighs 245 pounds and says he wants to get down to about 215. “I know I’m going to lose some of this weight, but at the end of the day I’m at a good place with a good coaching staff so they’re going to help me,” he said. “They’re going to push me.” Achraf Yacoubou, a 6-4 junior guard from Long Island Lutheran who has committed to Villanova, said Pinkston can help the Wildcats next season.” I think he can help them if he gets in shape and loses a couple pounds,” said Yacoubou. “The hardest part about defending him is when he gets low and lowers his shoulder and bumps you.” [Editor's Note:  With a hat-tip to VUHoops blogger, Derp, a video interview of JayVaughn on June 4 during the Frenji’s Frankie Williams Charity Classic reveals that JayVaughn wants to drop down to 215 lbs. as part of a planned transition to guard,  as he thinks ahead to a possible pro career. ] 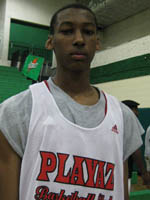 With another hat-tip to VUHoops reader, CJ, Zagsblog also reports that 6-foot-9, 205-pound Desmond Hubert, the No. 7 center in the Class of 2011, says Villanova and Pitt are in his top five. “Great programs, I like the head coaches.” As for Villanova, Hubert said he liked head coach Jay Wright and the whole program. “Jay Wright, he’s just a cool dude,” he said. “I talk to him a lot. He’s a real cool guy to sit down and just talk with. I really like the way he coaches and the way he carries himself. He’s one of my favorite coaches.” Hubert played AAU ball with Villanova sophomore Dominic Cheek and also knows sophomore guard Maalik Wayns.  Jerome Smart, Hubert’s coach with the Playaz and the new head coach at Teaneck (N.J.) High, said Hubert “has to develop offensively. He’s definitely going pro, whether he’s going to play in the NBA [or not]. He needs to work on his offensive game and get stronger. Defensively, he’s sound. Athletically, he’s outstanding. It just comes down to whether he can get bigger and stronger and be more effective on the offensive end in the low post.”

Minor League Ball.com assessed the Chicago Cubs draft picks.  Of 5th round pick,  Matt Szczur, who was picked as an outfielder, the wrote, “blazing speed makes him an NFL prospect as a receiver. On the diamond, he gets on base but lacks power. He's raw as college guys go, but works hard and has a chance to improve.” [Editor's Note:  is that a sufficient endorsement to compel Matt to skip his senior year at Nova?  VUHoops readers are almost evenly split on the issue.  Take a look at our poll results!]  Chron.com reports that "the Houston Astros have signed Villanova pitcher Brian Streilein (37th round). 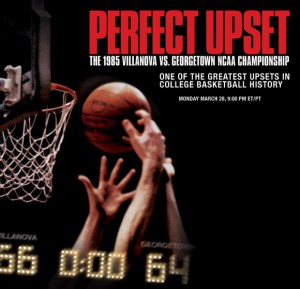 Bleacher Report   picked Villanova’s 1985 NCAA championship team as its All-time Cinderella Team.  They wrote, “It would take a nearly perfect team to beat a Georgetown team that was looking to defend its title and already handled the Wildcats in their previous meeting during the 1984-85 season. You want nearly perfect? You got nearly perfect! They used the absence of a shot clock to their advantage and also shot a staggering 79 percent for the GAME. Gary McLain would come clean about his drug addiction soon after the trophy was awarded, but the nation embraced "Daddy Mass" and the boys from Philly." 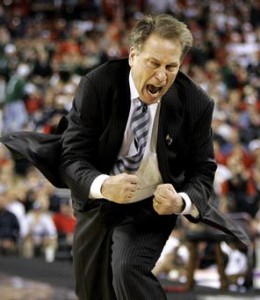 The Lansing State Journal  reports that “one of Tom Izzo's least favorite things about the NBA may be one of the things that is driving him to seriously consider it.  Izzo, who is head coach of Michigan State, has been offered a five-year deal worth $30 million to coach the Cleveland Cavaliers. Besides the money, escaping the seediness of college recruiting is high his list of reasons to consider jumping to Cleveland. And the conditions for seediness have grown more favorable since the NBA went to the "one-and-done" rule in 2005 that requires players to be 19 years old and one year out of high school before they can play in the NBA."

"The result? A dozen or so elite college freshmen each year who would have gone straight to the NBA - many of whom have little interest in college; some of whom have reportedly blown off second-semester classes as freshmen because they know they're going to leave anyway. All of whom are talented enough to entice the less-scrupulous of college coaches and programs to try to pay extra for their one-year services. "The cheating is getting much worse," Izzo said a few days after his Spartans were bombed 92-74 by John Calipari's Memphis Tigers in the Sweet Sixteen in 2008 in Houston.”  [Editor's Note:  And when one considers seediness, one cannot escape the thought of John Calipari.  Calipari’s star at Memphis was Derrick Rose, who was found ineligible because someone else passed his standardized test for him.  Now, at Kentucky, Calipari is loading his roster with "one-and-done" talents and already facing scrutiny in the wake of a New York Times report about the recruitment of one-year star Eric Bledsoe.]