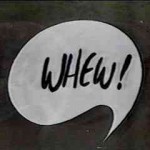 The wheels keep churning on the expansion-slash-realignment newswire, even ESPN seems to be struggling to stay up-to-speed on all of the rumors and developments. For the moment things are in a (potentially brief) lull, with the Big Ten adding Nebraska as a 12th member and the Pac-10 having added Colorado as an 11th team. The Big XII has 10 members currently, and at the moment it appears it will stay that way.

The news this morning, however, was that Texas had a sudden change of heart. After pondering commissioner Beebe's suggested plan to save the conference, the Longhorns administration began discussions toward that purpose today. The announcement that they would stay in the Big XII was made this evening.

Over the weekend it was reported that Texas A&M's preference was to accept a bid to join the SEC. No official comments from the Aggies officials were available other than a statement that they were "aggressively pursuing" their options in light of the conference's precarious situation. Oklahoma was also rumored to be interested in the SEC pitch, but most observers expected them to move in a package-deal with Texas, Texas Tech, and Oklahoma State.

Big XII conference officials believe that if the remaining ten schools stay together, their next television contract will be more valuable than what the 11-team Pac-10 would bring in. Furthermore, in the Big XII, schools like Texas would be allowed to sell local TV rights or even start their own school-specific television network that would not require them to share revenue with the rest of the conference.

Despite this, it appears that the Pac-10 had made it's pitch to a number of schools. Pac-10 commissioner Larry Scott was reportedly using a private jet belonging to Oregon booster P.J. Kilkenny this weekend. FAA data allowed sites like SportsByBrooks to track the plane's flight plan. It appears that Scott made stops at Texas A&M, Texas, Oklahoma City (for both Oklahoma schools, presumably), and Texas Tech. There are mixed reports on whether or not the plane stopped in Kansas City, but it appears that a flight there from Austin was scheduled at one point, though it may have been cancelled. There are also reports that the plane had stopped in Salt Lake City.

Why was that interesting? Well, it would seem as if offers (conditional or otherwise) to join the Pac-10 were being issued to schools in those cities.

It was all for naught, however, as the Big XII will remain in existence and the Pac-10 will likely look to an MWC school like Utah to bring them up to 12 members and a conference championship. The ten-member Big XII is reportedly in talks with ESPN or another television network about a deal that would provide "significantly more" than $17 million per school for the remaining members. Any new television deal will likely be announced soon. In the mean time, the ten remaining members will split up the $20 million in departure fees that Colorado and Nebraska will owe the conference.

A scenario where BYU and Air Force would be invited to the Big XII was also reported by some sources today, but was later put into question.

As for the Big Ten, it appears that after adding Nebraska, they have went back into a holding pattern. Their top priority is Notre Dame, and they would like to add the Irish without having to take the blame for a Big East deconstruction that might be necessary to get them to the bargaining table. For the moment, it appears that they will sit tight at 12 members.

This is good news, since conference-realignment blogger, "Frank the Tank," noted that the current membership agreement of the Big East (which was written following the ACC raid in 2003), states that in the event that two football members were to leave the conference, the football and non-football schools would have the option to split without penalty (and retain their respective revenues). He also reported a message-board rumor (and therefore one of dubious reliability), that it was the Catholic schools, not the football schools who would be the driving force behind any split. The Catholic schools, he says, are convinced that with the recent Final Four appearances of Villanova and Georgetown, and their presence in large markets, that they would do just fine financially after a split.

Other rumors had the Big East commissioner pursuing Kansas and perhaps other Big XII -North schools as possible pre-emptive additions, while the "Old Guard" of the Big East -- meaning Villanova, Georgetown, Providence and perhaps St. Johns -- vehemently opposed the addition of any football schools. The reported reasoning was a desire to retain an balance of power that would keep the basketball schools from being overruled by football. Those four schools have significant influence in the Big East for various reasons, and their objections could certainly put a stop to an expansion discussion.

Then again, perhaps that story isn't so true after-all? Other rumors were reported (again by a fan-site, MemphisRoar.com) that the Big East had made two offers of membership, one of which was to the University of Memphis. Memphis football is not a premier program, but it is at the FBS level. Their basketball program could only make the conference even stronger in that sport. (As a side note, Memphis was the fourth member of the 1985 Final Four, the other three being Big East schools).

While this rumor is far-from-confirmed, CBSSports.com reported that the CEO of FedEx (based in Memphis) has offered a bounty of around $10million per year to any BCS-affiliated conference that would admit the Memphis Tigers. The company would be willing to pay for the greater exposure that might come with the FedExForum being mentioned regularly on national TV broadcasts. It is also notable that FedEx CEO Fred Smith's son plays football for the Tigers.

Don't forget that back in September, Memphis hired the former Big East commish, Mike Tranghese, as a consultant. Presumably with the intention of finding their way into a major conference. Their AD has also let slip that he believes their best fit would be the Big East. Those facts shove a dagger into any rumor that would claim that Memphis has an unconditional offer from the Big East -- they would clearly jump on the opportunity and accept as soon as they could.

That said, MemphisRoar.com claims that it was a "informal" offer made to Memphis and UCF that is not contingent on the Big East losing any schools. The offer was reportedly not put in writing at this point.

So where does this put us?

The biggest winner of expansion so far was probably Nebraska. The biggest losers were the Pac-10 and Colorado, who will now be scrambling to add a Mountain West school (likely Utah) to get back to an even-number, but they missed out on the massive pay-day that the University of Texas could have brought.

The Big Ten got their 12th member and their conference championship and it seems like the Big East may be spared (for the moment). More expansion is not out of the question, but the current state of conference realignment seems to be working out against any immediate raid of the Big East -- buying the conference time to work out a plan to stabilize their situation.

The Big East will continue to work quietly behind the scenes to develop a plan to institute a Big East television network. They will also be lobbying the Athletics Departments at both Villanova and Notre Dame to bring their football teams into the fold, even though neither has shown any interest in doing so.

For Notre Dame, it would probably take the loss of their NBC contract or perhaps their BCS status for them to even consider Big East football. For Villanova, it would likely take a significant amount of pressure, not just from the football side of the conference, but from the basketball schools as well. So long as the other seven non-football schools remain disinterested in Villanova football joining the conference, the Villanova administration will have no difficulty refusing to do so.

Of course, Alumni pressure and donations could also work to change the administration's mind about football. It was just that that brought football back to Villanova Stadium just four years after the program was cancelled. At the moment, however, there does not appear to be any significant attempts on the part of the Alumni, students, or extended university family to bring about such a move.

The Big East is still in danger of falling prey to another raid. The loss of two or more football schools to any other conference could spell the end of the Big East. While Villanova may be prepared for life in a Catholic Conference, the fans are likely not so prepared for the low-revenue basketball that would likely result.

A further expansion of the Big East would create a potentially difficult to manage situation for conference members. Eighteen or Twenty schools would mean more travel, scheduling difficulties and other potential issues (the MWC and WAC were, in fact, a single conference, ultimately destroyed by conflicts resulting from it's size).

It may be a while before we ultimately know what the future holds for the Big East. Without support from the Villanova community for football, however, the Villanova hoops program is almost certainly at a fork in the road. One fork is a healthy and happy future in the Big East, while the other will have the 'Cats leading the way with Georgetown to the formation of a basketball-only conference for the Big East Catholic schools.

As we have mentioned before, it is likely that such a conference would earn significantly less in television revenue than what our program is currently running on. As Pete Thamel of the New York Times pointed out this spring, success in college basketball is closely associated with the amount of money a program is able to spend. While occasional exceptions to that rule find temporary success (George Mason '06 and Butler '10), the big winners are usually the big spenders (even if they don't turn a profit -- Champions Duke also ran the biggest deficit last year).

At the moment, however, Villanova basketball's future survives another day. With some luck, it will be quite a few more.