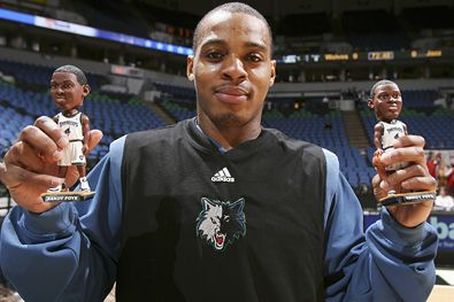 As we noted earlier, Randy Foye is a restricted free agent this summer. It was widely expected that the Wizards, having added John Wall, would hold off on making Foye a qualifying offer in order to retain a right of first refusal for his services. With a glut of point guards on-board in Washington, that expectation has become a reality. Randy is now free to pick a team that will fit him best.

On draft day we had heard rumblings that a trade between Washington and Orlando could have seen Foye being swapped with two others for Vince Carter. Of course, in order to do so, the Wizards would have had to first made him a qualifying offer to complete the sign-and-trade.

With today's news, that Orlando trade is clearly off the table. Leading us to ask: Where will Randy Foye play next year? While Randy hasn't yet reached Dwayne Wade-like superstardom, he is a useful and versatile player at both guard positions. Free agency will allow him, for the first time, to choose his own destiny and find his way to a team where he can succeed.

There are a number of teams in need of a point guard this offseason, and it remains to be seen as to which of them will be bidding for Randy's services this summer. So which team would Randy Foye like to get into the bidding for his services?

A source close to Randy Foye, familiar with his contract situation, suggested that Randy would like to play for the Knicks.

He has already shown more scoring ability than any point guard currently on the Knicks' roster. In New York, Foye would have a chance to immediately compete for a starting role. His versatility would allow the Knicks to deploy him at SG as well as on-the-ball as needed. More importantly, a move to the NY metro area would allow Randy more opportunities for involvement with his charity, the Randy Foye Foundation, which is based out of New Jersey and does most of it's work in Newark, NJ, about 25 minutes away from Madison Square Garden.