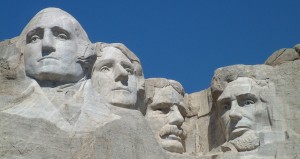 In sports we spend a lot of time talking about leadership. We want it from our coaches, our players, and perhaps even from the student section. According to a recent post on Rivals.com, Jay Wright boiled the '09-'10 collapse down to:

They had more flaws than their sparkling record suggested, they started believing their own hype at roughly the same time as the Big East schedule stiffened and they ultimately entered the postseason short on confidence and momentum.

A fair analysis, but what Wright said all boils down to the more succinct statement that he told at least one sportswriter off the record: What the Wildcats lacked down the stretch was LEADERSHIP.

Filling that gap is an important step in any attempt to return to the highest levels of basketball success. Can we expect this year's seniors to take on that role?

Based on a report from Rivals, it would seem like Jay Wright's senior captains are already on the right track. Coach Wright told that website: "I'm really impressed with the leadership from our seniors. I see great chemistry on this team, a real commitment to working hard as opposed to a bunch of first-year guys coming into a program that just went to the Final Four and thinking it just happens."

Anecdotally, he relayed a story of something that he saw over the summer: As he walked past on on-campus pool (most likely the Pavilion pool), he saw Corey Fisher and Antonio Pena spending their off-day teaching the underclassmen how to swim so that later aquatic workout sessions would be smoother.

Along with fellow senior Corey Stokes, the work output this summer has been impressive. The three seniors put extra time into their shooting practice to the tune of a few hundred shots per day this summer, hit the weight room often, and have been organizing and leading their teammates for 7 a.m. running at the football stadium every morning.

Any great player can be a statistical leader on the court, but filling up a box score is not going to make the players around you any better. How often in sports do we see teams with a lone superstar fail to win it all?

Villanova is a tremendously talented team again this year. With the kind of off-the-court leadership that it takes to bring all of the players to be their best come game-day, the Wildcats would be poised for a big season. Winning games against some of the most talented programs in the country takes practice, discipline and strong leadership, before, after and during a game.