Share All sharing options for: The Wisdom of Crowds Experiment: Corey Fisher 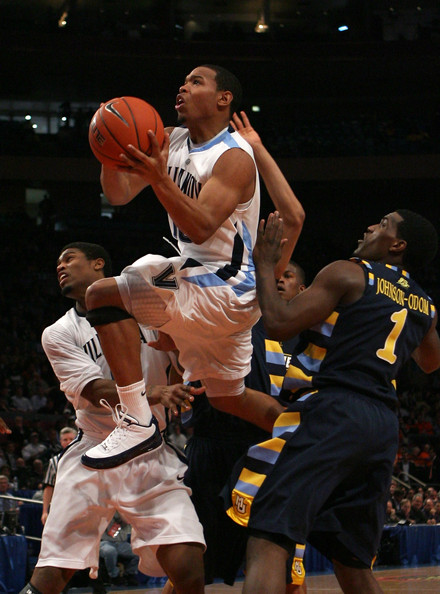 I have spent the better part of the past two months looking back in time and have come away with a greater appreciation of Nova's rich basketball tradition. I hope you all have too. With the 2010-11 schedule now published and the opening exhibition game in sight, it's time to look to the future.

Some of you will remember our discussion last season of the best selling book, The Wisdom of Crowds, in which James Surowiecki asserts that that a diverse group of independently-thinking individuals can make predictions better than individual experts working alone. He offers many examples to support his thesis, including a story about a contest at a county fair where a crowd accurately guessed the weight of an ox within ounces when their individual guesses were averaged, soundly beating out estimates of several cattle experts guessing independently.

Last season, we applied Mr. Surowiecki’s theory to answer the most perplexing question facing Jay Wright as the Cats entered the 2009-10 season – how should he allocate the 200 minutes available per game among his eleven-deep roster. Our predictions proved incredibly accuratewith two notable exceptions. Mouph Yarou played a lot less (due to his hepatitis infection), which increased the minutes of Messrs. Pena and Sutton. Conversely, Reggie played a lot more than many predicted after his suspension.

This year, we have a different problem to figure out for Coach Wright. With the departures of Messrs. Reynolds, Redding, and King to Italy, Greece and "The O.C." respectively, how do the Cats replace the 40% of last year’s offense generated by those three players? We’ll figure that out, player by player, over days leading up to the opening exhibition game on November 2.

First up is the player who became a NYC legend this summer by scoring a record 105 points in a NYC street ball summer league game in his native Bronx.

Use the voting buttons below, predict the points per game you think Fish will score this year, and the comment section to tell us why. To help you come up with your prediction, we have provided his stats from last season and a "third party expert" player assessment, below.