Share All sharing options for: The Wisdom of Crowds Experiment: Maalik Wayns 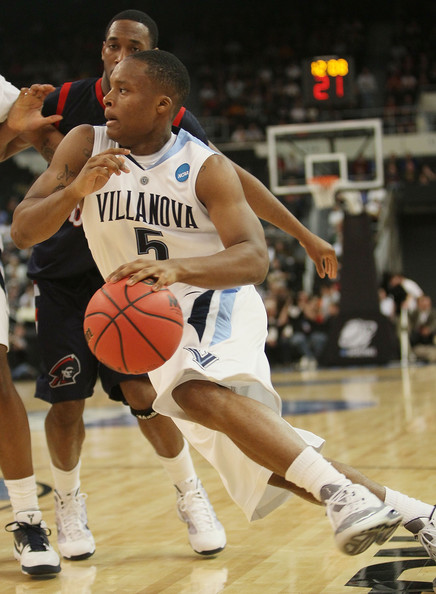 In this year’s Wisdom of Crowds series, our assignment is to figure out how Coach Wright will replace 40% of last season’s offense produced by departed players Scottie Reynolds, Reggie Redding, and Taylor King. In today's post we shift our focus to Maalik Wayns, who will share point guard duties this season with Corey Fisher. Use the voting buttons, below, to predict the points per game you think Maalik will score this year and the comment section to explain your thinking. To help you come up with your prediction we have provided his stats from last season and a "third party expert" player assessment, below.

NBADraft.net lists Maalik Wayns as the #3 point guard prospect in the next NBA draft behind Duke’s Freshman Kyrie Irving and Kentucky’s Freshman Brandon Knight (Corey Fisher is #10 on their list). About Maalik, they write,

"On pure talent and upside, Maalik Wayns ranks as one of the best NBA prospects in the college game. Wayns combines talent, athleticism, power, and agility with a developing understanding of the game. He worked hard this offseason adding strength to his frame and appears to have put on a solid 10-15 lbs. However, Wayns has yet to produce big numbers at the collegiate level and remains in a time share with talented Wildcat senior Corey Fisher. Expect him to be on the NBA radar all season, but he could struggle to produce big numbers beside Fisher which could force him to remain in college another year and showcase his considerable talent in 2012. Then again freshman Eric Bledsoe went 18th last year playing behind John Wall, and Wayns is both further developed and more talented than Bledsoe."