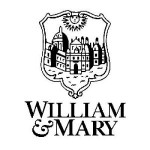 Villanova has won it's last six meetings with William and Mary, but don't think it was easy. As Andy Talley said of last season's semi-final match-up against the Tribe, "Flip a coin, William and Mary could easily be the national champion." In that game, the Wildcats had to come back from a 10-point halftime deficit, needing an 8 yard fake-punt run to keep the winning drive alive.

This time, Villanova will be without Matt Szczur to execute that fake punt, and the Tribe will be lead by transfer-QB, Mike Paulus, among other changes. Szczur injured his ankle early in the Penn game last weekend and never re-entered the action. He has since been spotted wearing a brace on the injured foot.

The loss of Szczur will effect the team in a couple ways: Defenses will be able to key in on Angelo Babbaro more as a runner out of the wildcat formation. Szczur could throw the ball out of that formation well enough to command the respect of opposing defensive backs, but Babbaro has not proven that he is similarly capable. Also, offensively, Szczur will not be on the field to draw an extra defender -- leaving the defense free to double a different receiver, or send a safety in to blitz.

In all, however, Villanova's receiving corps have looked very strong, and Mikey Reynolds is very capable in the slot. As runners, Ball, Babbaro and Whitney can do enough out of the backfield to keep the offense moving. So while things may be a little tougher without Szczur on the field, the Wildcats should still be able to effectively move the ball.

Defensively, it will be key to get in the quarterback's face. The 'Cats can't let Paulus get comfortable or establish a rhythm. This is Paulus' first start in college, and he has not had much success previously at UNC or with the Tribe. Keeping him uncomfortable will force W&M to run the ball, and area that the Villanova defense is adept at protecting. That will be especially true now that the Tribe's starting runningback is in his first week back from an ankle injury of his own.

Expect both teams to be well-prepared and ready to execute this week. It's a must-win game for two top-10 squads hoping to make it to Frisco, Texas in January to play for the National Championship.