Share All sharing options for: Mulling over Maine / Szczur Returns! 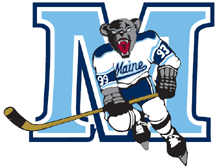 Villanova football emerges from its bye-week to travel to the University of Maine this saturday to face the Black Bears. The Bears have the distinction of being the FCS school with the most alumni football players on active NFL rosters. For the Wildcats, however, that fact will not be enough to intimidate.

The Bears have one conference win this season, a shocker over perennial CAA contender New Hampshire, and only two wins overall (the other coming against NEC opponent, Monmouth). They suffered three-point losses to Albany and William & Mary at home earlier in the season. Last week they were UDel's latest victim in Newark, Del., losing 26-7 to the Blue Hens' electric offense.

The good news for Villanova's own offense is that, although initially listed as questionable, senior stud Matt Szczur is expected to play in Orono. He had been limited in practice this week.

Szczur isn't the only player returning from an injury, however. Chris Farmer (TE), Brant Clouser (OG), Thomas Weaver (DL) and Angelo Babbaro (RB) had all suffered injuries recently, and would not have been able to play last week, but were able to recover enough to take the field this week. Senior quarterback Chris Whitney is still suffering from turf toe and a bad back, but will play at Maine.

Last year the Wildcats were in a similar situation, losing to a CAA opponent on their first road trip out of eastern Pennsylvania (New Hampshire). That game was also followed by a bye-week, and after the 'Cats came back from the week off, they rattled off nine straight wins to close out the season with a championship. Coach Andy Talley believes his team can do the same again this year:

If we can go up and get them then our schedule favors us because we have JMU (James Madison) home and Richmond home so this will be a good thing for us.

I think there’s a sense of urgency now. Our players feel like they’re up against the wall a little bit. I don’t think they had that sense of urgency going into the William & Mary game for whatever reason. Now, you’re 3-2 and on the bubble of being just another team out there trying to get it done. Whether we’re going to be special or not, we’re going to have to prove it and work our way through the six league games on our schedule.

Despite Maine's record, it won't be easy to beat them. Andy Talley is 1-5 on road trips to Orono, Maine in his career. In order to show that the 'Cats are truly contenders again this year, they will need to show that they can go on the road and win.

The Bears have designated this weekend as their Homecoming, so a big crowd may be expected for the team that has been drawing about 6,710 fans per game this season in their 10,000 seat stadium -- an increase over an average attendance of 4,631 last year.

The Black Bears have been turning the ball over at a high rate this season, which is a problem they will be trying to control this weekend. The Wildcats should do everything in their power to ensure that issue continues. Black Bears QB Warren Smith has thrown for 5 touchdowns and 5 interceptions this season, so the Villanova defensive backs should be on the lookout for errant throws.

Maine's leading offensive weapon is fullback Jared Turcotte, who has 416 rushing yards on the season. Defensively, linebacker Donte Dennis is the star, with 51 tackles in their first six games.

Defensively, the Wildcats should be able to stop Turcotte with an excellent rushing defense -- forcing the Black Bears to throw the ball downfield, an area where their are not as strong. Offensively, the 'Cats will bring a balanced offense to Maine, with Aaron Ball and Angelo Babbaro (let's call them AB²) providing an effective rushing attack and Chris Whitney (the CAA leader in passing efficiency) throwing the ball to three or more very effective receivers.

Let's hope that the Wildcats can take care of business this weekend and return home, ready to face James Madison for Homecoming next weekend.