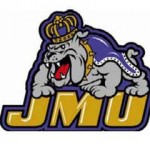 When Villanova released the football schedule, it was clear that they wouldn't have a cupcake game for homecoming. James Madison is a quality program that has given the Wildcats fits in recent years and an annual contender for an FCS playoff spot and the National Title.

While it would surely help to have a loud crowd behind the 'Cats, due to unfortunate scheduling (kick-off is scheduled at the same time as the first pitch of the NLCS) many local alumni may skip the game.

For those who do make it to Villanova Stadium on Saturday, they can expect an exciting game. James Madison, afterall, notably knocked off a ranked Virginia Tech team in week two of this season.

The Dukes aren't unbeatable, however, they have two losses in CAA play so far, both at home. Delaware tasted victory in Harrisonburg after a late field goal secured a victory for them, despite not having Pat Devlin available for most of the game. Last week, New Hampshire knocked off the Dukes with a 28-14 win in comeback fashion after a 10-14 halftime deficit. New Hampshire scored 18 unanswered points in the second half, and had 354 yards of total offense by the end of the game, including 248 in the air.

So far the Dukes only CAA win came in a 17-13 affair against Towson. This is a team that will be hungry to right the ship while a playoff bid is still on the table.

So how should the Wildcats attack this game? More of the passing attack displayed in the Maine game last week would be a start. Making defenses fear Dorian Wells and Norman White as much as they fear Matt Szczur (who is still listed as Questionable).

Much like Maine, James Madison's strength is on the ground. Stopping the run will be important to beating the Dukes. Senior runningback Jamal Sullivan leads the team in rushing, but backup Scott Noble has averaged at least 5 yards per carry in every game this season as well. With Sullivan out last week (his status for Saturday is uncertain), Noble rushed for 100 yards against New Hampshire, and scored two touchdowns.

The Dukes have been plagued by injuries and turnovers since their win over the Hokies. They have not scored more than 17 points in a game since week 2, while the high-powered Villanova offense has averaged about 33, with the lowest-scoring game being the 22-10 win over Penn at Villanova Stadium.

Villanova's lass loss on campus came against James Madison two seasons ago, on a last-second hail mary touchdown -- the same play that James Madison would use to knock the 'Cats out of the playoffs that season. Hopefully Talley's team will be ready to protect their house this time around.

Kickoff is scheduled for 3:30PM and this game will NOT be on television, but will be covered on radio by 950AM in Philadelphia as well as on Nova Nation All-Access.