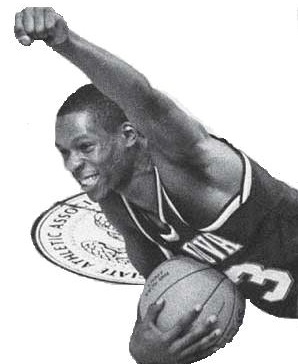 VUHoops Hall of Fame Coach, Rollie Massimino, retired in 2003 after a disappointing run as head coach at Cleveland State. However, he found himself itching to get back to what he loved most after three years on the golf courses of southern Florida.

At the news conference in 2006, Massimino was introduced as head coach at Northwood University. Addressing reporters, Rollie announced that the first game in school history would be against his beloved Villanova Wildcats on Northwood's home court. Anyone who watched Rollie over his many years at Nova will not be surprised to learn that, according to the Pittsburgh Post-Gazzette, the first time Jay Wright heard that he would be taking his Cats on the road to visit the NAIA start-up program was while watching the news conference.

In their first year of competition in the 2006-2007 season, Northwood reached the national tournament but lost in the first round. Over his his first four seasons, Massimino has led Northwood to four FSC regular season titles, four appearances in the NAIA National tournament, and the Elite Eight in 2008. His overall record at Northwood stands at 104-29 (78.2%).

Tomorrow, Rollie is at it again, as Northwood takes on No. 5 ranked Pitt in an exhibition game in Pittsburgh at 2 p.m. Villanova alum and 1985 Final Four star, Dwayne McClain, will be at Rollie’s side as assistant coach. McClain is now in his second season at Northwood. After graduating with a marketing degree from Villanova in 1985, he was the 27th overall pick in the NBA draft by the Indiana Pacers. After his 12-year professional career ended, Dwayne worked for ATX Communications and Merrill Lynch before co-founding N.E. Hoops Academy in 2002, where he serves as the Director of Basketball Operations. He now lives in Rollie's home town, Jupiter, FL, with his wife and four children.

Go get 'em Rollie and Dwayne!