Closest to the Pin Contest Round 1: Bucknell

Share All sharing options for: Closest to the Pin Contest Round 1:  Bucknell

Update: Friday, November 12, 8:00 PM A record 161 VUH readers posted predictions with only one favoring Bucknell. As a group, the readers see ‘Nova winning 84-67 (a margin of 17.0 points and implied over/under of 151). There is no Vegas line on this game. 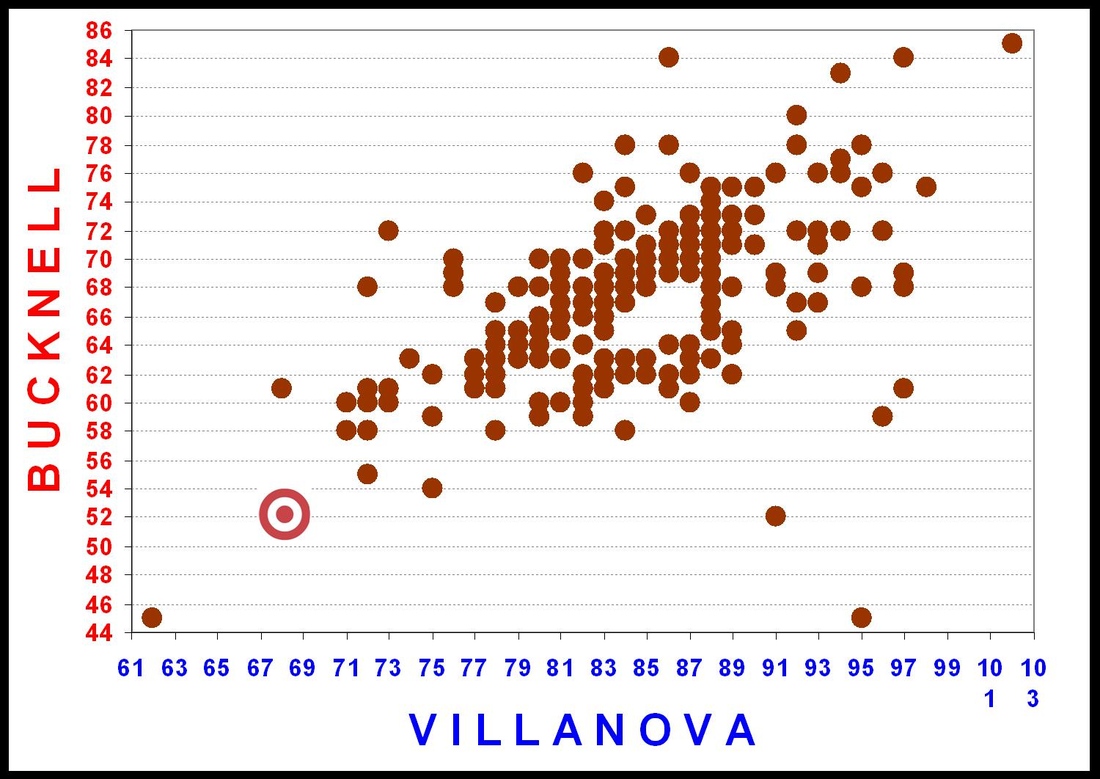 Window Opening: Wednesday, November 10, 8:00 PM The window is now open for our readers to post their predicted final scores for Friday’s game against Bucknell at the Pavilion in our Closest to the Pin Contest.

This is the first official game for both teams. Villanova, with a preseason ranking of #6, has played one exhibition game against District of Columbia, winning 95-58. Bucknell is ranked #121 by CollegeHoops.net.