Closest to the Pin Contest Round 2: Marist

Share All sharing options for: Closest to the Pin Contest Round 2:  Marist

LEADER BOARD AFTER 2 ROUNDS 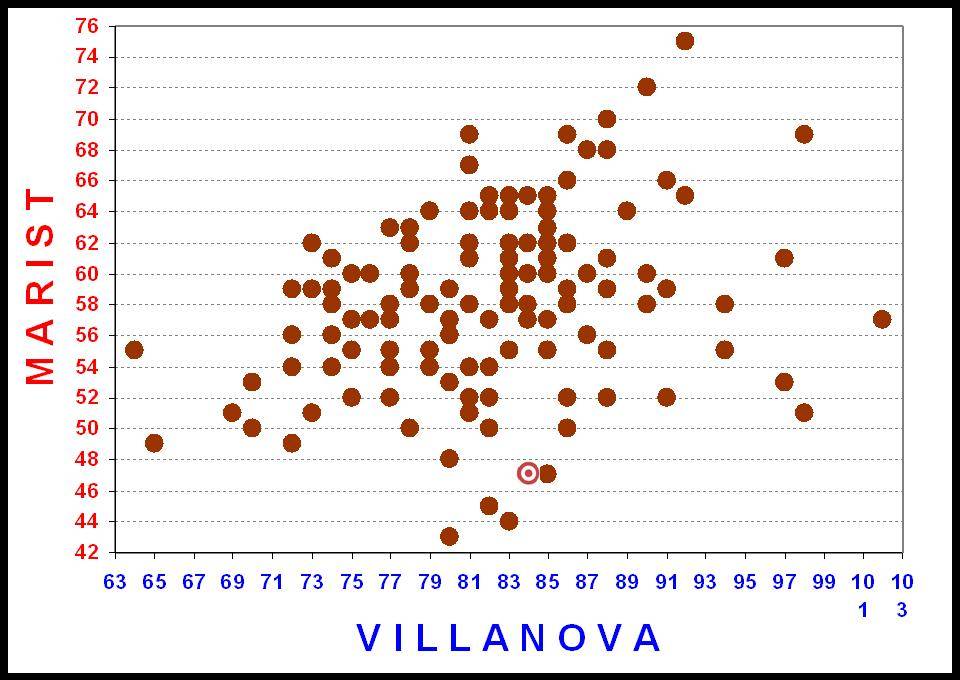 Window Opening: Sunday, November 14th. The window is now open for readers to post their predicted final scores for Nova’s game against Marist on Tuesday in our Closest to the Pin Contest. After one round, our leader board has Dj Pizzle in first place with 2.5 points, CMM and novafan95 tied for second place with 1.5 points each, and David ’06 in third place with 0.5 points.

The Cats (1-0) won their season opener against Bucknell 68-52. The Red Foxes have not yet played this season. Villanova presently is ranked #6; Marist is unranked. We’ll post our game preview and the Las Vegas spread and over / under on game day.