Closest to the Pin Round 4: Lafayette

Share All sharing options for: Closest to the Pin Round 4:  Lafayette

LEADER BOARD AFTER 4 ROUNDS

Update: Saturday, November 20 (7PM Game time) A total of 98 VUH readers posted predictions with only one favoring Lafayette. As a group, the readers see ‘Nova winning 86-62 (a margin of 24.0 points and implied over/under of 148). The Vegas odds makers did not post a line on this game. 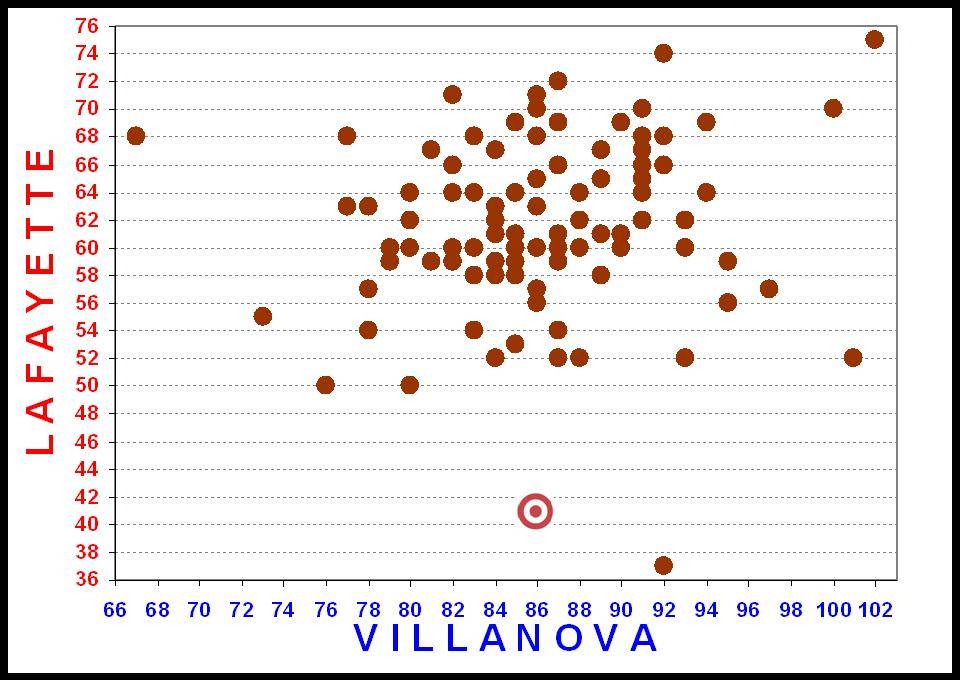 Window Opening: Thursday, November 18, 9:00 PM. The window is now open for readers to post their predicted final scores for Nova’s game against Lafayette on Saturday (7 pm at The Pavilion) in our Closest to the Pin Contest. After three rounds, our leader board has Dj Pizzle in first place with 3.0 points, doctor feelgoodes, Joey, Palsgraf and super nova tied for second place with 2.5 points, and cdtoffers, CMM, DP5, EG’77, Esto, FLM’33, novafan95 and Pete Alita ’13 tied for third place with 1.5 points each.

Keep an eye out for Brian’s game preview.

•list your predicted score for Villanova first, followed by the score for the opponent (e.g., Cats 100, Marist 75