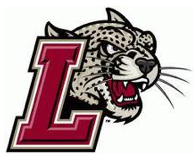 Saturday will be a busy day for Villanova athletics, while the football team takes on Delaware at noon, basketball will be gearing up to host Patriot League opponent Lafayette at 7:00pm. Lafayette hasn't tipped off against Villanova since the 1999-2000 season, and this will be the seventh meeting of the two eastern Pennsylvania teams. Villanova leads the series 5-1 so far and will be the heavy favorite to win tomorrow.

Through three games the Lafayette Leopards have had three different scoring leaders. Jared Mitnz scored 21 points in the season opener, Jim Mower logged 31 points against a Rider team that most-recently knocked off Southern California and Ryan Willen had 26 in the Leopards' outing against St. Francis (PA).

The 1-2 Leopards have not defeated a nationally-ranked opponent since a 1978 upset over Rutgers.

Lafayette Head Coach Fran O'Hanlon is a 1970 graduate of Villanova and is the owner of the school's single-game assist record (16 vs. Toledo as a senior). With Maalik Wayns recording 12 assists on Wednesday, O'Hanlon's record may be safe, but his gameplan is surely a work-in-progress.

Three games into the season, Villanova has the advantage in scoring, with 78 points per game to the opponent's 67. The 'Cats also lead in rebounding, with 40 per game to Lafayette's 28, and turnovers, with just 9 per game to the Leopard's 15.

Though the Leopards have recorded two losses at the beginning of the season, both losses were by a margin of less-than 10 points. The Leopards are shooting .45.6% from the field and 42.9% from three-point range. Strong shooting defense will be needed to stop the Leopards' top three shooters who all connect at over 41% (Mower leads the team with a 50% rate on a team-leading 18 attempts).

This may well prove an opportunity for the 'Cats to work on their perimeter defense ahead of a few challenging games in New York City. It will also be interesting to see if Corey Fisher can extend his streak of turnover-free games to four, against a team that averages 8 steals per game and causes opponents to turn the ball over an average of 14.7 times per game.

Ken Pomeroy gives Villanova a 98% chance of victory and predicts a final score of 89-63.

The game will tip off at 7:00pm from the Pavilion. A video feed will be available via ESPN3.com.