Closest to the Pin Round Six: Tennessee

Share All sharing options for: Closest to the Pin Round Six:  Tennessee

LEADER BOARD AFTER 6 ROUNDS

Update: Friday, November 26 (Game Time) A total of 88 VUH readers posted predictions, with three favoring Tennessee. As a group, the readers see ‘Nova winning 79-72 (a margin of 7.0 points and implied over/under of 151). The Vegas odds makers are picking ‘Nova by 6.0 points with the over/under set at 143.5 points, implying a final score of 75-69. 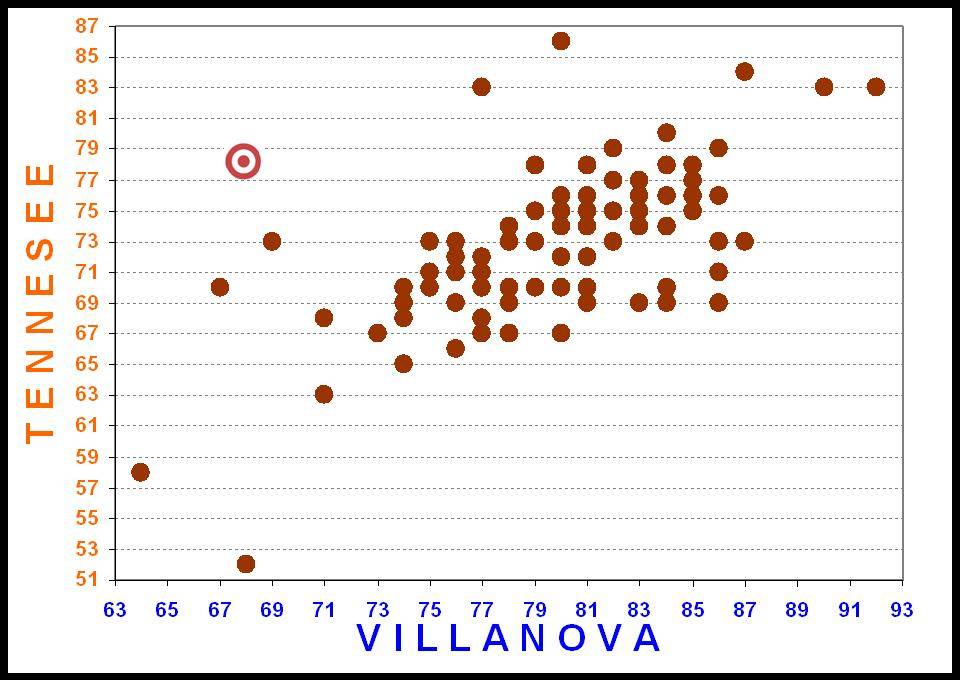 Window Opening: Thursday, November 25, 7:00 AM. The window is now open for readers to post their predicted final scores for ‘Nova’s game against the Tennessee Volunteers on Friday (5 pm at New York’s Madison Square Garden) in our Closest to the Pin Contest. After five rounds, Dj Pizzle remains in first place with 3.0 points. Click here to see our updated leader board.

•Rule change: given the extraordinary number of readers participating in the contest, we can no longer fully enforce our rule prohibiting duplicate score predictions. We will only adjust scores that duplicate those of our contest leader (to ensure that there is no piggybacking); scores that duplicate other readers will be accepted.

•list your predicted score for Villanova first, followed by the score for the opponent (e.g., Cats 100, Marist 75)