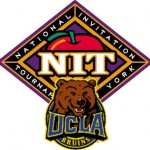 It was a balanced scoring attack that led Villanova to a 82-70 win over UCLA. The win moved the Wildcats to 5-0 on the young season and into Friday's Pre-Season NIT Final against Tennessee.

Corey Fisher led the way for 'Nova with 26 points and Maalik Wayns had a career-high 19 points as the double-headed point guard attack used their speed and driving ability to put the Bruins away.

Corey Stokes added 16 with outside shooting and Mouphtaou Yarou recorded a double-double with 13 points and 15 rebounds.

Villanova will move forward to the Pre-Season NIT Final on Friday against Tennessee. Tipoff is slated for 5p from Madison Square Garden. [Tickets]

Note: The Closest to the Pin Results are now posted. Click here to see the winners and updated leader board after five rounds.