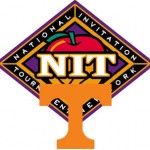 With their win over UCLA, the Wildcats will play Tennessee for the N.I.T. Season Tip-Off title. It will be a battle of two undefeated teams early on this season, with both schools facing an early challenge on Wednesday. Villanova hasn't faced Tennessee since 1971, when the Vols came to Pennsylvania and gave the 'Cats a 9-point victory.

The Volunteers faced a very motivated VCU team in the semifinals and escaped with a 5-point win. The Rams closed to within two points a few times at the end of the game, but were never able to come all the way back for the win. Tennessee did allow VCU reserve Brandon Rozzell to light them up for 23 points on 6-11 shooting from beyond the arc. Despite that deficiency the Vols are still rated 11th in Ken Pomeroy's defensive efficiency statistic.

Villanova's defensive efficiency is rated 14th by the same metric.

The match-up of high school rivals JayVaughn Pinkston and Tobias Harris that some had hoped to see won't be featured in this game. Jay Wright has mentioned that a decision on Pinkston's status could come this week. In the meantime, both he and James Bell remain sidelined, but both could return very soon.

The Vols are not as strong a shooting team as UCLA -- who are still ranked 37th in field goal percentage at 49% after a poor shooting night against Villanova. Tennessee ranks 165th in that category, connecting on 44% of their shots from the field. The Vols are a good rebounding team, however, recording 43.0 per game, almost as many as Villanova.

Tennessee has three players averaging double-digit points so far this season, including Tobias Harris, the freshman forward, who leads the team with 16 points per game. Junior guard Scottie Hopson is second on the team in scoring with 15.3 ppg, and Cameron Tatum is also a capable scoring threat with 11.5 ppg. Overall the team is only shooting 24.5% from beyond the arc, however, and should not be expected to be a consistent threat from that range.

As Coach Bill mentioned in his NIT Semifinal post-game show, one of the areas where Villanova needs improvement is shot-selection. Villanova will have to pick their spots well against a potent Tennessee defense.

While Bruce Pearl may have some lingering concerns about his off-court issues with the NCAA and SEC dropping the hammer for recruiting violations, his team is unfazed by the developments on the court. The Volunteers will play tough defense and use an aggressive full-court press to try and create pressure and suffocate the Villanova offense.

To record the win here, Villanova will need to maintain their defensive intensity and continue to protect the ball on offense. Improving their half-court efficiency against a strong Bruce Pearl-coached defense would also be a great sight.

Villanova will tip-off against Tennessee at Madison Square Garden after the conclusion of the game between VCU and UCLA, which tips at 2pm. ESPN will carry the game and estimates it will start at 5pm.

Don't forget to vote in Ed's Closest to the Pin contest.