Share All sharing options for: Closest to the Pin Round 7: St. Joe's (Rivalry Game, Triple Points)

LEADER BOARD AFTER 7 ROUNDS 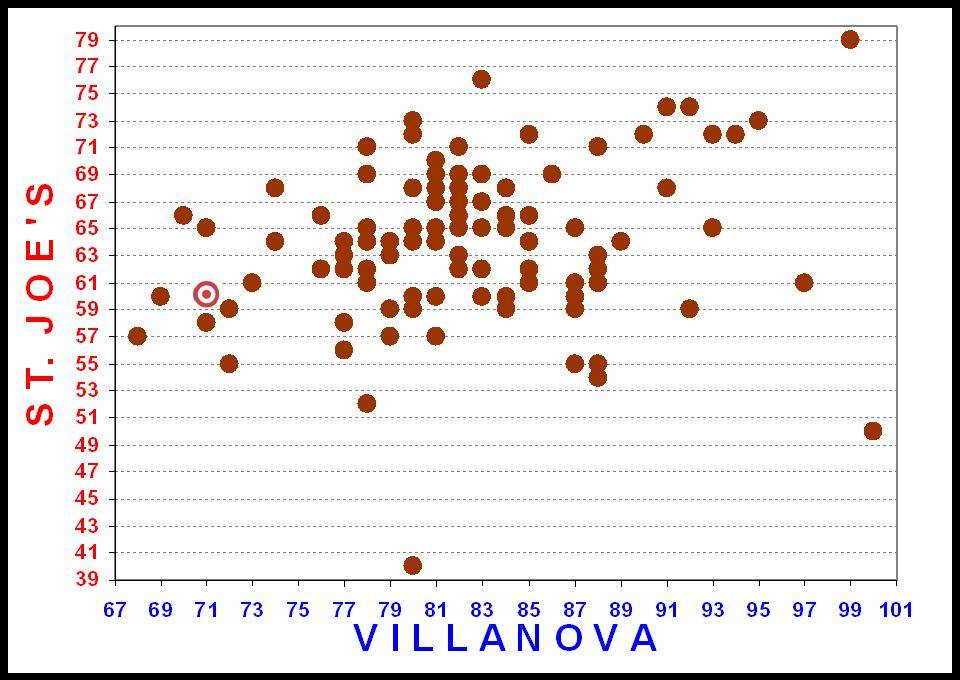 Window Opening: Wednesday, December 1, 8:00 PM. The window is now open for readers to post their predicted final scores for ‘Nova’s game against the the St. Joe’s Hawks on Friday (8:30 PM at the Pavilion) in our Closest to the Pin Contest. After five rounds, novafan95 is in first place with 4.0 points. Click here to see our updated leader board.

Special Note: As one of four rivalry games, points are tripled for this game.