Despite being up by 10 at the intermission, Villanova used a 13-0 run in the second half to put their Big 5 foes, St. Joe's away 71-60 at The Pavilion on Friday.

Using a very thin bench due to an Isaiah Armwood (back spasms) and a Mo Sutton (ankle sprain), Jay Wright used a 7-man squad to record the school's 42nd consecutive win at the Wildcats' On-Campus home.

Corey Stokes led Villanova in scoring with 17. But it was the low post pressence for the Wildcats that out-manned the Hawks. Antonio Pena had 14 points and 14 boards. Mouph Yarou added another 12 rebounds.

Corey Fisher and Dominic Cheek also had 14 for the 'Nova.

The Hawks did make things a bit uneasy for the 'Cats as they went on an 18-4 run to end the game.

Villanova returns to action on Wednesday to take on Penn at The Palestra. 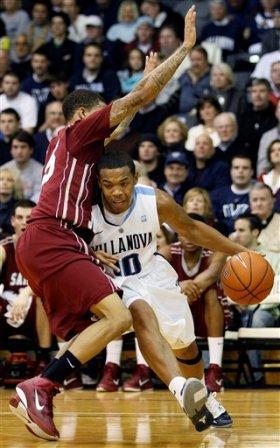 The Round 7 Closest to the Pin Results are now posted. Click here to see the winners and updated leader board.