Closest to the Pin Contest Round 8: Penn

Share All sharing options for: Closest to the Pin Contest Round 8:  Penn

Update: Wednesday, December 7, 7:00 PM. A total of 98 VUH readers posted predictions, with none favoring Penn. As a group, the readers see ‘Nova winning 80-61 (a margin of 21.0 points and implied over/under of 141). The Vegas odds makers are picking ‘Nova by 16.5 points but did not post an over/under on this game. 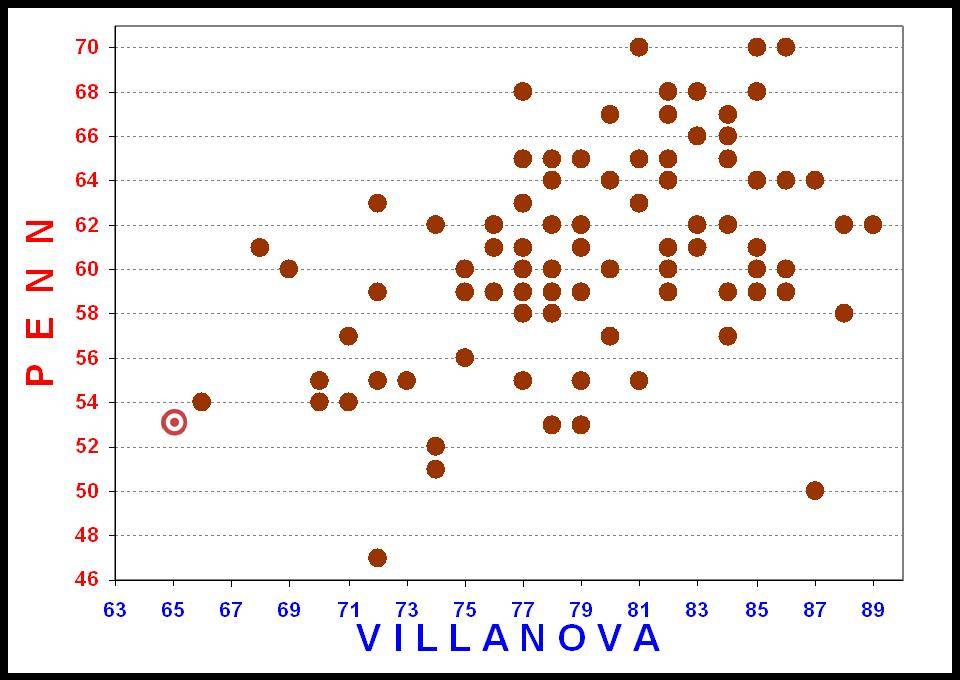 Window Opening: Monday, December 6, 8:30 PM. The window is now open for readers to post their predicted final scores for ‘Nova’s game visiting the Pennsylvania Quakers on Wednesday at 7:00 PM in our Closest to the Pin Contest. After seven rounds, we have a three-way tie for first place among Pat’12, TC’87 and TK87, each with 7.5 points. Click here to see our updated leader board.