Closest to the Pin Round 9: La Salle

Share All sharing options for: Closest to the Pin Round 9: La Salle

LEADER BOARD AFTER 9 ROUNDS

Update: Sunday, December 12 (Game Time). A total of 84 VUH readers posted predictions, with four favoring La Salle. As a group, the readers see ‘Nova winning in a defensive battle by a score of 74-66 (a margin of 8.0 points and implied over/under of 140). The Vegas odds makers are picking 'Nova by the same margin of 8.0 points in a slightly higher-scoring affair, with the over/under set at 147, implying a final score of 78-70. 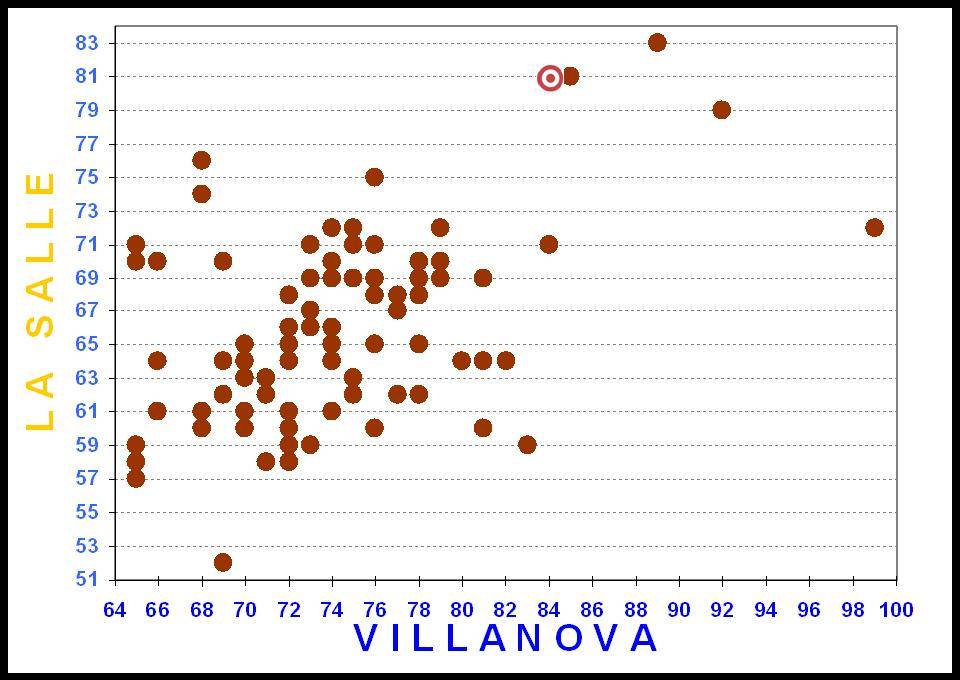 Window Opening: Friday, December 10 (7:00 am). The window is now open for readers to post their predicted final scores for 'Nova's game at La Salle on Sunday at 2 PM in our Closest to the Pin Contest. After eight rounds TK87 sits alone atop the leader board with 8.5 points. Click here to see our full leader board.

Be sure to check out Brian's game preview.