Share All sharing options for: Pinone sentenced on tax charges

John Pinone resolved his federal criminal tax case on Wednesday, when he was sentenced to six months of home confinement and an additional six months of probation in addition to a $10,000 fine and having to pay off his tax debt.

Pinone's business partner was charged with a felony and will receive a four-month prison sentence.

They were accused of skimming cash from their business, which operated a bar in Storrs, CT and failing to report the income on either business or personal tax returns between 2003 and 2005. 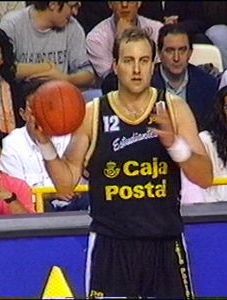 Pinone played in Europe for 9 years

Pinone played Center for Rollie Massimino's teams in the early-80s, and remains 8th on the school's all-time scoring list with 2024 points. His jersey (number 44) was retired by Villanova in 1995.

As a high school basketball coach Pinone has been very successful, his Cromwell Panthers are 4-1 this season so far with a Jay Wright-style, guard-oriented attack. In 2009, his Panthers won the Connecticut Class S state championship.