That Blowout REALLY Hit the Spot

Share All sharing options for: That Blowout REALLY Hit the Spot 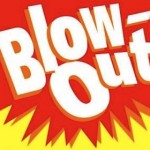 It has been repeated over and over in college basketball circles by lovers of Ken Pomeroy and his tempo-free statistics: No team ranked lower than 25th by KenPom.com for defensive efficiency has made it to the Final Four. Last season, despite high expectations, and a potent offense, Villanova finished the season with a defense ranked 62nd -- not good enough for a final four run.

That said, the Villanova defense has been hovering in the 20s all season so-far, occasionally dipping below 25th. The rankings change daily, because even if Villanova doesn't play, their rating is affected by the stats compiled by other Division I schools.

To the point: Last night's win over Monmouth caused a massive jump on KenPom, from 23rd or so to 11th, this morning for defensive efficiency. The 'Cats still have room to grow on offense, but the defensive efficiency has been strong. It is a tempo-free statistic that is based on the effective field goal percentage, turnover percentage, offensive rebounding percentage and free throw rate of team opponents. 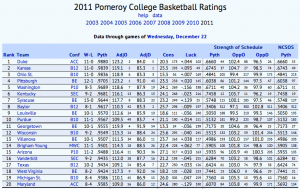 You may argue that Villanova achieved it's lofty defensive rating by playing a weak opponent -- and you wouldn't be wrong -- but this early in the season, almost all of the programs that the Wildcats are being ranked against are also playing soft opponents. Kansas opened the season against Longwood (rated 327th), Baylor has played both Grambling (339th) and San Diego (303rd), and almost every school in the top-10 for defensive efficiency currently has at least a few dogs on their schedule.

While it is still very early and anything can change, these ratings can be used to determine how the team is developing and progressing in an objective manner. If the defensive efficiency stays at this level, or even improves, Villanova will be in excellent shape going forward.

Of key concern for me now, is offensive efficiency, which has been getting worse and worse as November and December progressed. Currently sitting at 34th in the country, the 'Cats will need some help from the offense to be able to knock off some of the more offensively skilled teams in the Big East and the NCAA tournament.

In 2009, the Wildcats' offense was ranked 22nd at the end of the season (defense 15th) and went to the Final Four. A similarly effective offense is likely the minimum they would need to return to those lofty heights this season.

With eight days off for the Holidays, Jay Wright and his team will hopefully spend at least a little bit of time figuring out how they will attack the 9th-rated Temple defense. While they will be statistically favored to defeat the Owls, facing a top-10 defense with an offense that is not firing on all cylinders just yet, seems like a recipe for an upset.