Closest to the Pin Round 12: Temple

Share All sharing options for: Closest to the Pin Round 12:  Temple

Update: Game Results: The VUHoops Crowd did an exceptional job with their predictions for this game. With the Cat’s 78-74 win over Temple, we congratulate three VU Hoops readers who took medals in this game. Gold Medal: Nervous Nelly (78-74) scored our second bulls-eye of the season, earning 10 points; Silver Medal: regred (78-75), earning 3 points; Bronze Medal: Simple’07 (80-74), earning 1 point. Our updated leader board is provided below.

VUHoops vs. Vegas: Based on the average predicted scores of the VUHoops Crowd, we would have bet $100 each on THE OVER (130.5) and TEMPLE +6. VUHoops would have won both bets, putting us ahead for the season +$200.

LEADER BOARD AFTER 12 ROUNDS

VUHoops vs. Vegas: The VUHoops Crowd would bet THE OVER and TEMPLE +6. 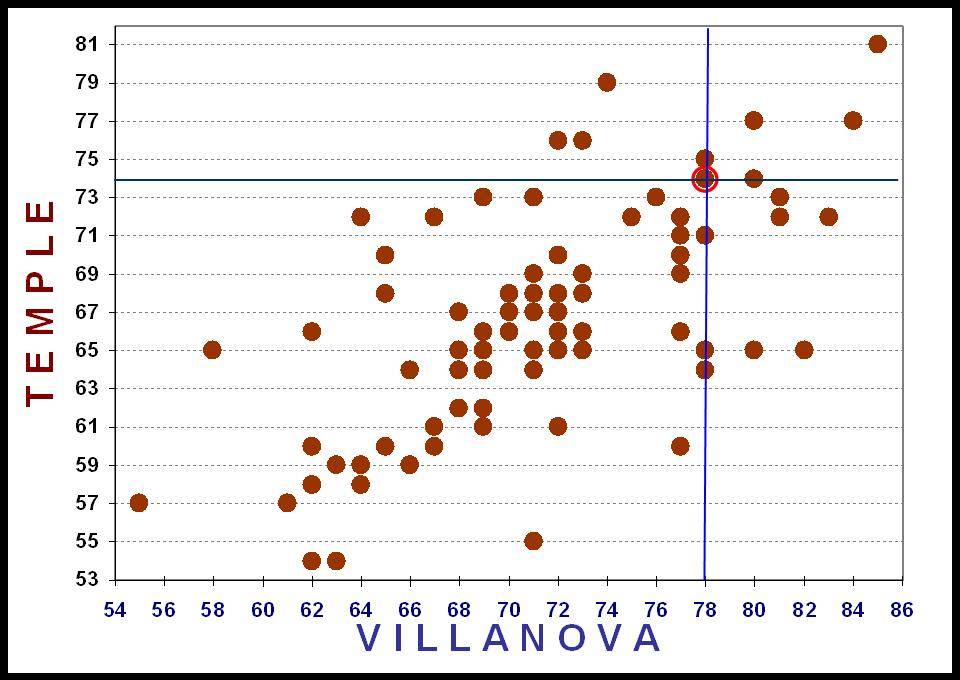 Window Opening: Tuesday, December 28 (8:00 pm). The window is now open for readers to post their predicted final scores for ‘Nova’s game vs. Temple on Thursday at 7:00 PM (Pavilion / ESPN2) in our Closest to the Pin Contest. After eleven rounds, Joe sits alone atop the leader board with 12.5 points. Click here to see our full leader board.

Be sure to check out MIKE's game preview.