Villanova is the Big 5 Champion.

Behind 24 points by Corey Stokes, the Wildcats defeated Temple 78-74 on Thursday night en route to claiming the Philadelphia Big 5 title.

But it was sophomore Maalik Wayns' play down the stretch that carried 'Nova to the victory. His 6 free throws in the final 2 minutes sealed the game for the #8 ranked 'Cats who now move to 11-1 on the year and head into Big East Conference play.

Despite being up by 10 points with 13 minutes to go in the game, Villanova could never put Temple away. The Owls stayed in the game and tied the score at 60, then took a brief 2-point lead with 8:20 remaining.

Three missed shots by Temple and 3 made buckets by Villanova saw the 'Cats claim a lead which they held onto until the final buzzer. Villanova head coach Jay Wright noted after the game, "Both teams showed character. We just kept scrapping. Both teams wouldn’t give in, not on a rebound, not on a free throw." 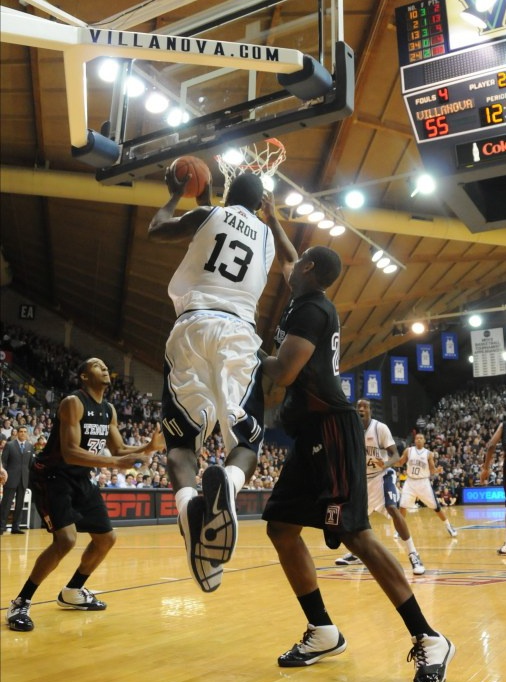 Mouphtaou Yarou added 14 points for 'Nova and Antonio Pena led the Wildcats on the boards with 9 rebounds.

The win was Villanova's 43rd consecutive victory at The Pavilion and snapped Temple's 6-game winning streak.

Villanova starts up conference play on Sunday as they host Rutgers at The Pavilion.

Closest to the Pin results are now posted. Click here to see our updated leader board.